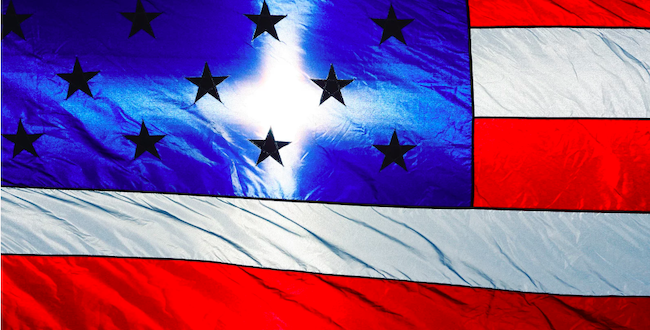 (RNS) — Following the 2016 presidential election, Dean Baquet, then executive editor of The New York Times, declared that one of his big jobs was to really understand and explain the forces in America that produced such a surprising result. Leading media organizations, he admirably admitted, simply do not get religion.

Baquet was right to be concerned. Otherwise sophisticated journalists and commentators regularly display minimal understanding of religion and how theological claims ought to function in public discourse. This not only hampers journalists ability to get to the heart of a story, it contributes much to the massive and growing distrust religious people tend to have of major media institutions.

Elizabeth Bruenig of The Washington Post recently took a major step in the right direction in a long-form article in which she genuinely and expertly listened to different kinds of evangelical Christians in a beautifully reported piece that earned accolades from readers from all over the political and religious spectrum.

Bruenigs main insight was that, for many evangelicals, Trump is viewed as protector of their tenuous ability to freely exercise their religious faith in the face of a hostile secular culture that wants to radically curtail such freedom.

This is an important lens to keep in mind when thinking about the political motivations of many evangelicals, but theres a deeper problem here: Those who control our public discourse have very little understanding of why they should take theological claims in public discourse seriously at all.

There are two main reasons to highlight this fundamental problem. The first is that Americans are still overwhelmingly religious. Ninety percent believe in God or some higher power, and 56% believe in God as described in the Bible.

Furthermore, religious beliefs are extremely important in the lives of African Americans, Latinos, immigrants, and those without a college education ” especially when compared to the role religion plays in the lives of privileged whites. Covering Americans, especially those on the margins, means taking theological claims seriously.

Second, in an attitude Ive seen dominate in many elite secular circles, religion is thought of as the frosting rather than the cake of a person or community. The real substance of a persons values and needs lies, say, in economic concerns ” not the superficial fact of where they go to church. This is one reason we so often hear a privileged secular person wonder with palpable exasperation, Why do these people vote against their own interests?

Asking this kind of question demonstrates that one just doesnt get religion. Someone for whom religion is very important doesnt think of it as something like their favorite flavor of ice cream. Their theological claims express things they believe to be objectively true. A particular kind of god exists. That god created the universe. That god made every human being in Gods image and likeness. That god commanded men and women to be fruitful and multiply. To give a preference to the poor and marginalized. To welcome the child and the stranger. And so on.

But for media members who take the frosting view of religion, those who push for particular public policies based on their religious commitments are acting quite strangely ” akin to wanting to legislate chocolate ice creams superiority over vanilla.

This fundamentally misunderstands what theological claims are. They are not articulations of personal preference or taste. They are claims about what is objectively true based on a particular understanding of the good. They deserve precisely the same place in public discourse as similar kinds of secular claims.

A critic might argue that theological claims presume such a parochial understanding of the good that they are disqualified from public discourse. A secular person simply cant make heads or tails of, say, the Christian claim that the indelible image and likeness of God in human beings precludes direct killing in the death penalty, abortion, euthanasia and more.

On this view, the Christian ought to either translate her faith into a common secular language ” or, again, just stay on the margins.

Consider a secular human-rights theorist who is profoundly and publicly committed to the rights of individuals against a majority that threatens those rights. Suppose he gets into a public debate with a secular utilitarian who believes human rights are made-up concepts, akin to ghosts and goblins, and that the entirety of moral life is instead about maximizing good outcomes, regardless of whether someone has their so-called rights violated.

This classic secular debate is a clash of totally incompatible first principles. What each person believes (the cake, not the frosting, of who they are), makes them complete moral strangers to each other: What one holds most dear is dismissed by the other as a figment of their imagination. Introducing more facts or making more precise arguments wont shift the debate because their positions arent based on argument or evidence. Their first principles are grounded in their intuitions, experiences, influential stories or the way they were raised.

That isnt to say that the secular human-rights theorist is merely offering an opinion ” akin to his favorite flavor of ice cream ” when he claims that the right to health care means the government must provide a basic level of care for everyone. Nor is the secular utilitarian merely offering her particular preferences when she says that a health care systems goal is to maximize the number of quality life-years in a given population. They are making claims about what they believe to be objectively true and thus are working to make society reflect their understanding of the good.

Heres where religion is different even than this example, however. Despite the fact that both the rights theorist and the utilitarian have no rational arguments for their principles, the gatekeepers of our public discourse welcome their participation in the highest levels of our policy debate about health care or abortion.

Many religious people are somewhere between puzzled and outraged, however, that this is not how it works with their first principles.

To add insult to injury, not all theological claims get marginalized. When Pope Francis addressed Congress, he used explicitly theological claims as a basis for his plea to address climate change. In his Letter from a Birmingham Jail, the Rev. Martin Luther King, Jr. invoked St. Thomas Aquinas on the difference between human law and the eternal law of God as the basis for his argument in favor of civil disobedience.

And one of the most famous sentences in American history, from the conclusion to Lincolns second inaugural address, could not be more theological, Yet, if God wills that it continue until all the wealth piled by the bondsmans two hundred and fifty years of unrequited toil shall be sunk, and until every drop of blood drawn with the lash shall be paid by another drawn with the sword, as was said three thousand years ago, so still it must be said the judgments of the Lord are true and righteous altogether.

If these points of view are not seen as violations of the separation of church and state and marginalized from public discourse, many deeply religious Americans rightly wonder why their particular theological claims are understood differently.

From pro-choice supporters on the left, to anti-immigrant anchors on the right, the separation of church and state is invoked (either consciously or subconsciously) when those who guard entry to our public discourse find particular religious views problematic.

This is not just deeply unfair; it is, again, one of the primary reasons deeply religious people disproportionately distrust major media institutions.

In her piece mentioned above, Bruenig wonders if there is a way to reverse hostilities between deeply religious folk and an elite secular culture that dominates major media. I propose a necessary first step: Especially as coverage of the 2020 election cycle begins in earnest this fall, those who guard the doors to our public discourse should take explicit steps to make sure deeply religious folk see their views ” unfiltered and untranslated ” fully and regularly represented in our most important national conversations.

Previous Jesus didn’t yell into the “echo chamber”
Next Is gambling a sin? – Different takes on the subject