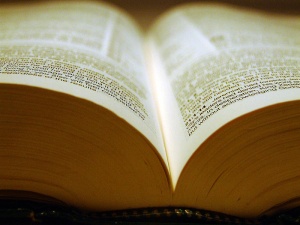 What is the Bible story?

In my last post, I argued that the Bible is often been misread and misunderstood. Many people have dismissed it without really understanding it, and many others have embraced it as something that it is not. In either case, if we understand the Bible as a rule book (what God demands) or a series of moral fables (be like this bible character), we’ve missed the main storyline and ripped the heart out of the bible. The tragic result is that those who dismiss it often do so before they’ve really heard it, and those who embrace it do so without really getting it — and both to their own detriment!

So what is the story of the Bible?

Stop for a moment and think about this: if you could instantly make the world the way you think it should be, what would it be like? Would you eradicate the major problems in our world? Would you put an end to poverty, war and abuse? Would you stamp out the grasping for power, put a stop on the destruction of the environment and eliminate social inequalities? What would it be like to live in a perfect world, where we always did what was good and true, and always moved towards one another in love? The crazy claim of the Bible is that God created the world very much like what we imagine it should be, and he is at work to make the world like that again!

The story begins and ends with God. God is the central character and the hero of the story, and he’s the only one in the story who always does what is good, right, and perfect — the bible calls him holy. The story begins with an explosive, fireworks-like display of God’s glorious, overflowing goodness as he speaks the universe into being. With mighty and powerful words, God creates everything, making a perfect world full of goodness and beauty, and with each stroke of his artist’s brush, he declares, “This is Good!”

The first great surprise of the story comes as God’s creating reaches its pinnacle: God is doing all this to prepare a place for humanity, his prized creation. Though God is clearly pleased with all that God has made, his highest and best creation is humanity. When it comes to creating humanity, God says, “Let us make them in our image and likeness.” God forms humanity in his image — but what does that mean for humanity? What is the story telling us about what it means to be human?

First, to be made in God’s image speaks of the dignity, elevated status and royal position in creation that humanity has been given. “Image and likeness” means humanity was created to reflect God, to put God on display by showing what God is like. Every aspect of that original couple was designed to be a mirror of sorts, reflecting to all of creation the wisdom, power, and beauty of God. Humanity was designed to display the goodness of God.

Second, the language of “image and likeness” is family language. God is making here a human family that he can bless and love. Humanity is not simply a key part of creation; humanity is God’s family, his beloved kids, with whom he wants a relationship of love, generosity and affection. Being made in God’s image speaks of God’s care, involvement, and delight in this human family.

Lastly, in the story God says, “Let us make them in our image, after our likeness.” Though we don’t get the full picture this early in the story, there are hints here of a divine community within God. God is not singular, but a community of love within himself, and out of the overflow of love within this divine community, God created humanity in community. God makes not one human but two, male and female; he makes a community because we can’t image a communal God alone! Humanity images God together as we learn to live in interdependence, mutually honoring, serving, caring for one another.

And so God blesses his human family, and declares them “very good!” He’s pleased with his handiwork, and he gives them his blessing — his favor, pleasure, and delight rest on them. Before Adam and Eve have had a chance to do anything, good or bad, God declares he is pleased with them and  wants to bless them, care for them, protect them, and be with them! God loves humanity, and has prepared the world to be a home for them, a place where God can enjoy relationship with them.

God gives Adam and Eve dominion over creation, calling them to care for and cultivate the beauty and goodness that God has put into it. Humanity gets very clear instructions from God — to steward God’s world — and are invited into a glorious purpose and partnership. Their task is gardening: to take all the raw resources God has put into creation and cultivate them towards flourishing. Their task is where we get our word “culture” — culture is what humans “cultivate” or bring forth from what is given. It’s our language, stories, art, music, food, practices, sciences, explorations, and enjoyments, and it was originally designed that we’d display God’s wisdom and creativity as we serve to make it flourish.

What was it like for them to be so loved by God and given such a glorious task? The end of this first scene of the story is that humanity is with God in fellowship and friendship, and they are naked and without shame. They were naked: There was no pretense, nothing to hide, nothing to prove to God, to themselves, or to each other. And they were unashamed. They did not have that inward and public sense of humiliation, of being embarrassed for what you are, that deep sense of wrongness we all know but rarely allow to the surface.

So this is the first scene of the story:  the creator delighting to create, the created delighting in the creator, and the whole cosmos in a beautiful and unbroken unity. The Hebrew word is Shalom, which means universal flourishing. Humanity found their identity, worth, and purpose in God’s gracious, parental commitment. They found joy and peace by looking to him and imaging him, not by looking within themselves or to their work, their performance, or their possessions. They were his, and that was more than enough.