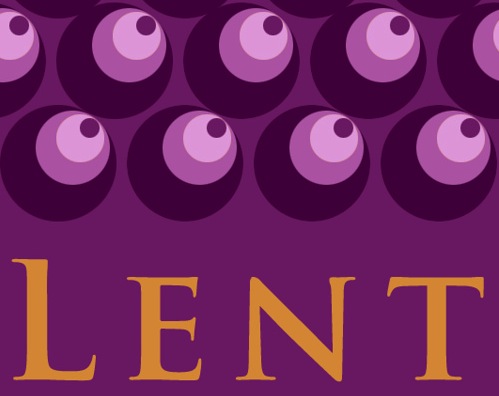 What is Lent, anyway? 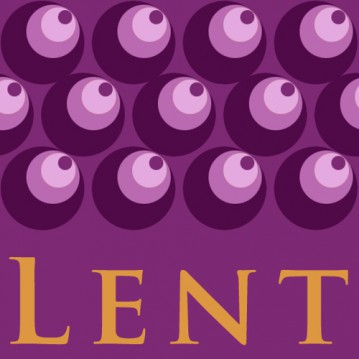 This week we begin the liturgical season of Lent. Let's talk a bit about the history, purpose and practices of Lent.

Lent is a period of 40 days set aside to spiritually prepare for Easter. Traditionally, Lent has included a focus on prayer, penance, almsgiving and self denial, with the goal of experiencing spiritual purification and renewal; and helping one focus more intently on the impending liturgical remembrance of Jesus' death and resurrection. The earliest available information suggests that Lent probably began with pre-Easter rituals for catechumens, and included fasting and penance practices. Irenaeus (180 CE) referred to periods of pre-Easter fasting. Tertullian (200 CE) recommended that believers fast for two days prior to Easter. The eventual choice of a 40 day period of fasting was likely related to scriptural accounts of 40 day fasts by Moses, Elijah and Jesus. The earliest known mention of a 40 day fast was at the Council of Nicaea in 325 CE; this reference probably codified existing practices rather than initiating a new practice. Initially the 40-day Lenten fast was intended for catechumens, but gradually the entire church observed the practice.

Within Western Christianity Lent extends from Ash Wednesday until Easter Sunday. Ash Wednesday is generally regarded as a day of repentance, and includes the practice of placing ashes on oneself as a sign of mourning and repentance. Various biblical passages illustrate situations where ashes were used to express mourning. Dusting oneself with ashes was a way of expressing sorrow for sins and faults (e.g., Job 42:3-6; Jeremiah 6:26; Daniel 9:3; Jonah 3:6; 1 Maccabees 3:47; Matthew 11:21; Luke 10:13).

Have you ever noticed that 40 day period of Lent actually covers 46 days? Why? The earliest followers of Jesus were Jewish, and had the Jewish understanding that Sabbath is a day of rest. Gradually they began to associate Sabbath with a remembrance of Christ's resurrection. Each Sabbath was regarded as a commemoration and celebration of the resurrection of Christ. Given the Jewish understanding of Sabbath as a day of rest, early Jesus followers adopted the custom that they would not fast or do other forms of penance on the Sabbath. So, as liturgical practices around Lent evolved, it became the custom that Sundays were excluded from Lenten practices of fasting and penance. Technically, then, the period of Lent included six days of the week, with the seventh day being the Sabbath. The number of days from Ash Wednesday until Easter, excluding Sundays, is 40. (Since Vatican II, the Roman Catholic church has considered Holy Thursday the conclusion of Lent; with Good Friday, Holy Saturday and Easter comprising the Easter Triduum. So, in actuality, for Roman Catholics Lent is 38 days, not 40 days).

Within Easter Orthodox Christianity, the period of Lent is counted differently. Eastern Christianity does not have an Ash Wednesday. The period of Lent begins on Clean Monday. Sundays are included in Lent, so that there is a period of 40 continuous days from Clean Monday through the Friday before Palm Sunday. The period of the Saturday before Palm Sunday though Easter is considered a distinct liturgical period. Among Oriental Orthodox Christians, there are a variety of local traditions regarding Lent. The Coptic and Ethiopian Orthodox, for example, observe 40 days of fasting over a period of 8 weeks, with both Saturdays and Sundays excluded.

Over the centuries, a variety of Lenten practices have been recommended, and even prescribed. For example, many who grew up Roman Catholic may recall a time when it was required to abstain from all meat on Fridays in Lent; and to maintain a general fast (i.e., a simplified diet) throughout Lent.

The Ecumenical Catholic Communion does not prescribe any particular Lenten practice of fasting or penance. Our refraining from prescribing particular practices should not suggest that we do not recognize the significance of the season; or, that we minimize the benefits of such practices for many people. Rather, we enter this season well aware of its significance, and we honor each individual's right to decide for themselves what practices might be of benefit to them. Thus, we strongly encourage folks to enter deeply into this important liturgical season; to adopt a general attitude of simplicity and humility; and to engage in whatever spiritual practices will help them experience spiritual renewal, and more fully enter into the mysteries that we celebrate.

Previous Be our Valentine and save on advertising
Next VIDEO: Ashes to Go