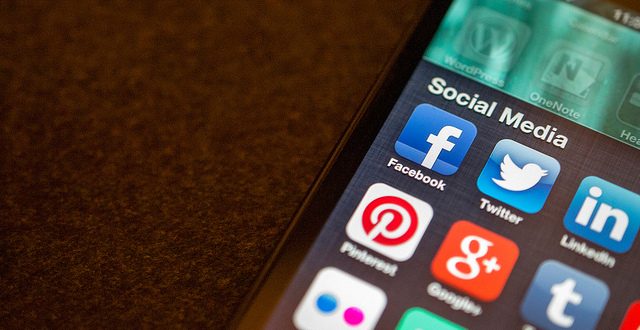 What Is A Realistic Approach To Social Media And Technology for Congregations?

If it seems like everyone is on social media and using technology, it’s because they are. Last year 78 percent of Americans reportedly had at least one social media profile. Yet many churches are still struggling to adapt to society’s evolving digital landscape.

“Remember when the trend was technology in worship?,” he said.

That was in the late 1990s, early 2000s. He got panicked calls from churches asking if they had to put screens in their sanctuaries.

His answer then was the same as it now: Why?

For example, the increasing popularity of Snapchat, he said, isn’t a reason for a congregation to adopt it. If the church up the street uses it, that doesn’t mean it’s right for everyone, he added.

“What does this do for you? For the congregation, for the pastor? Is it a ministry tool?,” he said.

Spiegel, who consults with congregations throughout Indiana, said churches need to identify their target audience, then figure out where they are. For example, he said, if a church wants to reach young people – they shouldn’t focus on Facebook.

Pew Research Center is one tool he recommends to help congregations discover the demographics of social media users.

If the research shows those a church is trying to reach is on Snapchat, for instance, — which has more than 100 million active users — Spiegel said it can be an opportunity for churches who are unfamiliar with the platform.

“You don’t know how to use Snapchat? Who does? A young person. Go find a young person and say ‘Can you help us with Snapchat?’,” he said. “Not only have you solicited free help, you’ve now engaged someone in a volunteer opportunity in church that you’ve never had before.”

He said new technology is chance to foster cross-generational learning.

“Younger generations tend to weave new media use into their lives in a fluid way that could be instructive to less intuitive users,” he said.

Spiegel said no matter who is posting the content, engagement is key. Clergy and congregations must post content that’s personal and helps them “be known.” Information, he said, doesn’t do that.

That means, “Stop puking data,” he said. Just like a brochure is one-way communication, so is posting material that doesn’t invite people to participate.  “The website is the new front door, and a bad website is losing people.”

“I’ll always advocate thinking theologically about the use of new media,” Buck said. “I recommend adding the character of a ministry’s presence and activity on new media to the list of things discussed at staff meetings and reflected upon by leaders.”

Although some churches may feel beholden to embrace social media platforms because of its growing popularity, Buck echoed Spiegel in saying congregations shouldn’t use it impulsively, obligatory or unreflectively.

They should, however, not ignore the trend.

“In short,” Buck said, “because that’s where so many people are. A longer answer begins with the recognition that it’s an emerging dimension in the lives of so many people and that God is surely in the midst. The presence and work of God’s people must be committed to precisely such places.”

Previous Ask an Eastern Orthodox Christian: Why do you ask departed saints to pray for you?
Next Gonzaga Law School to Hold Public Forum on Travel Bans, Executive Orders