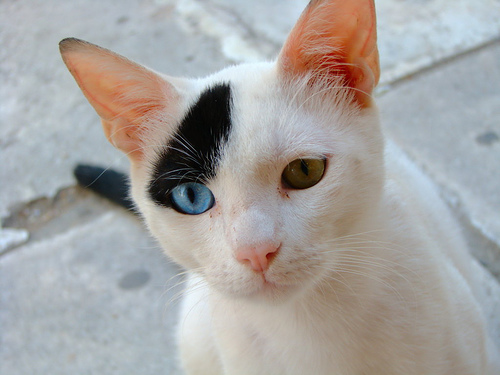 What is a familiar? 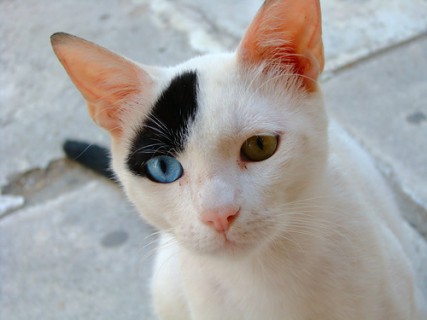 I seem to be a familiar magnet. My main two are my service dog Misty and my cat Poppet.

What is a familiar? A familiar is an animal that aids a witch in performing magic by lending spiritual energy. A familiar will also act as a protector for the witch.

A familiar can be any type of animal, not just the stereotypical black cat. My first familiar was a Welsh Pony that I had as a child. Of course, at the time I was too young to really grasp what Paganism was. Either way, I did learn a lot from my pony, as I was always spending time with him, grooming him or just going on lazy rides in the forest. I can honestly say that my pony was the best teacher I've ever had when it comes to how an animal should be treated.

One of my other familiars was my dog, Psycho (yes, I seriously named him that). I was the only person he was protective with, to the point of waiting at the bottom of our driveway when I got off the bus after school. Nowadays, I have just my dog and one of my cats (who is sitting in my lap as I type this).

I get asked a lot how I got my familiars; did I pick them out at a pet store or shelter specifically for the purpose of being a familiar and do a spell to make them familiars? Nope. I was taught, and I firmly believe, that you cannot make any particular animal or pet be your familiar. You can do a spell to attract a familiar, but not make Fido your familiar. In other words, the familiar chooses you, and the familiar may not be what you expected.

One of my cats, Poppet, always sits with me when I'm doing my Pagan stuff. She'll either sit in my lap or on my shoulder, looking at whatever I'm reading or working on. Poppet will also “play” with my Tarot cards when I'm trying to do a reading.

My dog, Misty, is my familiar more in the protective sense.

I've never done anything special to attract any of my familiars. If anything, all I've done is meditate and one makes itself known. If you choose to try getting a familiar, remember the familiar chooses you. I've also come to discover that familiars greatly appreciates acknowledgement of their role as familiars and the help they give. Otherwise, they might leave you or stop being a familiar. I wish you luck!

Previous POLL: As Supreme Court hears arguments on gay marriage, where do you stand?
Next Goodall to bring message of hope, stewardship and compassion to Gonzaga