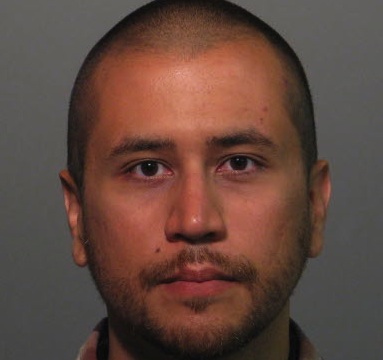 “What if George Zimmerman were antiracist?”

In the wake of Trayvon Martin’s death on Feb. 26, 2012, and now again in the aftermath of the acquittal of his shooter, George Zimmerman, many commentators have speculated on how the outcome might have been different if some critical aspect of the case were different. I call this the What If game. For example, “What if Martin were white?” Or, “What if Zimmerman were black?” Or, as President Obama asked in his reflections on the verdict on July 19, “What if Martin had been carrying a gun?” These what if questions are intended to help us look at the case from a different perspective, to call attention to inconsistencies and double-standards, or to uncover racism and discrimination. They ask us to contemplate scenarios that didn’t happen so that we can gain clarity about the complexities of what did happen.

What if Zimmerman were antiracist? That is, what if his world-view and values were antiracist? Instead of jumping to the conclusion that a young Black man in a hoodie posed a threat to the neighborhood, what if Zimmerman recognized that his own gut reaction was a product of widespread racist stereotypes about young men of color? What if he knew that when he has such a gut reaction (which many people of all racial identities admit to having), it is unfair of him to act on it because in truth he has no idea who this person is, what his intentions are, whether or not he lives in the neighborhood, who his parents are, where he goes to school, etc? What if, in that moment when he first saw Martin,  Zimmerman recognized his own capacity for racial stereotyping ,was shocked at his own reactions, and said to himself I need to work on that?

What if Zimmerman knew that when a young Black man dons a hoodie, when he struts and swaggers slowly down the street, when he speaks with bravado in urban youth slang,  and even when he tries to look and act menacing, he is doing so because it’s the only way he knows how to feel powerful in a society that constantly informs him he is powerless, that he will never have power and that his life doesn’t matter? What if Zimmerman understood that this young Black man — whether he knows it or not — dresses and acts the way he does because he is actually resisting the dominant culture which tells him he ought to dress and act more like a White person, but then simultaneously tells him that he can never be White, that he can never enjoy the full privileges of White society, that he will always be a second class citizen?

What if, instead of calling the police,  Zimmerman knew that young Black men fall victim to police racial profiling far too often, and that even an initially innocuous encounter with police can result in far worse consequences for young Black men than for young White men? What if  Zimmerman was outraged about the mass incarceration of young People of Color in the United States and recognized that the last thing he wanted to do was mobilize public resources and taxpayer dollars to involve yet another young Black man in the criminal justice system, especially when all he was doing was walking slowly down the street?

What if Zimmerman knew even a small portion of the way racism in the United States of America still weighs heavily on the lives of People of Color? What if he knew something about the race-based educational achievement gap, race-based disparities in health care access and outcomes, the race-based wealth gap, the Supreme Court’s recent decision to gut the Voting Rights Act, and widespread attempts to disenfranchise People of Color though new voter ID laws? What if he knew something of the legacy of slavery, Jim and Jane Crow, lynching and the racist way in which the GI Bill created segregated White suburbs after World War II? What if knew, whether Trayvon knew it or not, that racism weighs heavily on this young man’s life and, if anything, he needs support, understanding and acceptance, not suspicion and hostility?

What if Zimmerman was deeply in touch with the Hispanic side of his own racial and cultural identity and heritage and understood that Hispanic people also face racism in the United States? What if he understood that the same forces that conspire to oppress Blacks have and do conspire to oppress Hispanics? What if he knew that the racial profiling of Black people also happens to people who look Hispanic—not just in Sheriff Joe Arpaio Maricopa County around Phoenix, Arizona, but all over the country? What if he understood that young Hispanic men like himself are also far more likely than their White peers to be profiled, arrested, falsely accused, given harsher sentences, incarcerated, denied a job, asked to show ID, prevented from voting, followed in stores, and on and on? What if Zimmerman understood that when right wing pundits and Tea Party conservatives say they want to “take back the nation,” they mean they want to take it back not only from people who look like Martin, but also from people who look like Zimmerman?

What if Zimmerman had approached Martin with an outstretched hand and a clip board? Imagine:

Who knows how Trayvon might have responded. He might not want anything to do with this community organizer, but let’s imagine George the organizer is persistent.
“Just one quick question: Are you registered to vote?”

“Listen, we’re organizing a meeting at the church down the street. It’s tomorrow night. We’re talking about voting. You know it’s possible there’s gonna be an attempt to make it harder for people to vote in Florida, especially for people of color.”

“Do you know the Supreme Court just gutted the Voting Rights Act? Do you know there are movements all across the country to make it harder for People of Color and poor people and the elderly to vote? You don’t want that to happen here do you? I don’t. Why don’t you come to our meeting? There’s a lot you could do. Or at least let me sign you up to get updates. Do you have email?”

Maybe Martin wouldn’t have been interested. But I’m asking a serious question. Do we approach teens with suspicion and hostility? Or do we approach them with a sense of hope, with the belief that they matter, with the trust that they can actually understand their social and political context and work to make it better, with the assumption that they can be powerful and contribute to the building of a more just and peaceful society?

What if Zimmerman were a person of deep and abiding faith? What if he were the kind of person who, upon waking in the morning, reminds himself of that ancient Jewish wisdom encapsulated in Jesus’ Great Commandment to love God and love your neighbor as yourself?

What if Zimmerman, when he first saw Martin, when he first felt that feeling of fear, anger, suspicion or whatever it was he felt when he saw a young African American man in a hoodie, sauntering slowly through the neighborhood, what if he had heard the words of the Great Commandment in the back of his mind?

What if he had replaced that feeling of fear with a feeling of profound love for whatever he holds most sacred in his life? And what if, in response to that feeling, he knew—in his heart, in his mind, in his soul—with every fiber of his being—that this young man is his neighbor—possibly an actual neighbor, but I mean a neighbor in the larger spiritual sense, as in all people are my neighbors, all people are worthy of my love, all people matter. We saw what happened when hostility and suspicion led the way. I’m putting my faith in love.