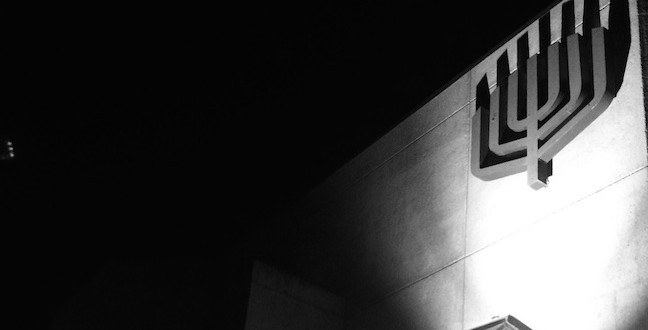 What I Wish Non-Jews Understood About Anti-Semitism

I often say comment sections are where faith and humanity go to die.  So, when various media outlets carried stories on a recent anti-Semitic incident, it was no surprise that there were some vile and misguided comments in the comment sections. I was heartened by some of the responses, but surprised by how many obviously well-intentioned people just didn’t seem to fully understand.

When I discussed the anti-Semitic vandalism at Temple Beth Shalom with friends, I was surprised to find the same thing. They all sympathized and they all felt awful about it, but most of them didn’t see how deep this goes.  It was then that it first hit me that there’s so much the outside world doesn’t know about anti-Semitism.

Here are some of the things many people were better able to understand after we discussed the topic:

Anti-Semitism still exists. That hatred didn’t end with the Second World War. Whenever non-Jews enter synagogues; whether it be for services, for b’nei mitzvot, or for the Kosher Dinner, they often comment on the armed guards. Yes they are there for every service. No they are not overkill. Yes this is a sad fact of life for Jews.

My family and I lived all over the country and we’ve seen anti-Semitism in every Jewish community.  Incidents range from the destruction of grave stones in Jewish cemeteries, to fire bombings, to anti-Jewish protests outside the synagogue during the high holidays, to friends’ cars repeatedly keyed with swastikas, to death threats, to destruction of synagogue property, and so much more.

Only a very small portion of anti-Semitic threats and destruction actually make the news.  So while you may have only heard of one event in any given time, your local Jewish community probably dealt with far more incidents.

Anti-Semitism is terrifying.  I’m a writer, but even I can’t fully express just how terrifying  these attacks can be. While some may see it as just an act of vandalism or kids pulling a prank, we have all heard the stories of similar events in the past. We know where this leads. These violations shake us to our core.

This is not the time for a historical debate on the origin of the symbols used to represent hatred. We are aware of the origin of the swastika. We know the Nazis co-opted it. That does not change what was done under that symbol. That does not change what that symbol means for those who want us dead. While it may have been a symbol of peace, that symbol will always mean death and destruction to us.

For many of us, these symbols, this hatred, aren’t remnants from a distant past. Many of us have a direct connection to them. Our grandparents escaped Nazi Germany. Those swastikas hung above the camps where our great aunts were murdered. For some of us, our time in middle school is tainted by the memory of 12-year-old children giving the Hitler salute before attacking us.

Yes there is a far more peaceful original meaning for the swastika, but they were stolen, altered, tainted, and used as a weapon against us. Discussing the history of the symbol doesn’t change what it has become and it is not helpful when dealing with anti-Semitism.

They know what they’re doing. I was surprised by how many of my friends suggested that people painting and sporting swastikas are ignorant of what they stand for. The use of the swastika is not accidental. Those who use it are well aware of the meaning and history of the symbol.

“Shut up. Scrub it off. Move on” is not an effective way of dealing with anti-Semitism.  A spray painted swastika is a symptom of a much larger problem. It’s not simply spray paint or wild kids. It is hatred. Anti-Semitism is the belief we should not exist. Stephen D. Smith, executive director of the USC Shoah Foundation suggests the best way to deal with anti-Semitism is to “Know it. Name it. Shame it.”  In an article by the same name, he explains,

“The more we know the monster, the more we find its weakness, the less its power to harm. Research needs to be right at the top of our agenda.”

“Discrimination laws, such as they exist, are often a weak catchall to convict the perpetrators of anti-Semitism. Where specific laws against anti-Semitism do exist, they should be strengthened and applied rigorously. Where they do not, it is time to make clear that anti-Semitism is a malicious and purposeful crime. Impunity only engenders more of the same behavior, along with its twin, apathy. Where appropriate legal instruments are not available, anti-Semitism has to become a public shame, neither tolerated nor condoned, but exposed and condemned…”

The only thing ignoring such hatred does is fuels it.  Time and history have made that abundantly clear to us Jews. Non-Jews may not be aware of the specific history of Anti-Semitism, but we know it all too well.  When we ignore anti-Semitism, we die.

Talk to us. The most recent anti-Semitic attack started a number of conversations with friends. Many of my friends were shocked to hear about our experiences with this hatred. After my daughters’ b’not mitzvah, many non-Jewish friends were curious about the guards at the synagogue. Immediately after the anti-Semitic vandalism at the synagogue, Temple Beth Shalom hosted an interfaith Shabbat service where the seats were full of people from a wide range of beliefs who came to show their support and take a stand against hatred.  The more you know about the experiences of your Jewish friends, the more you’ll understand what anti-Semitism is, what it looks like, and what you can do to combat it.

Previous Forum to focus on education and incarceration
Next General Theological Seminary resolves faculty dispute, but future is unclear