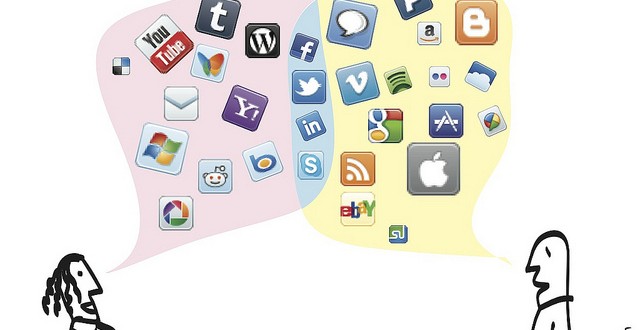 What I learned from a 7-day social media fast

Recently I participated in a seven-day social media fast, from which I gained some valuable insights. But let me back up a few steps and give some much needed background on why I would do a social media fast in the first place. As someone who creates content to be shared on the internet, specifically social media, a social media fast might seem antithetical to good business practice, but nonetheless, I still went forward with it.

A few weeks ago, the Prophet and President of The Church of Jesus Christ of Latter-day Saints held a fireside for the youth of the church ages 12 and up. As a youth leader and the father of an almost 13-year-old, it was my pleasure to be able to listen to the fireside with my son by my side. During the fireside, President Russell M. Nelson and his wife Wendy, encouraged the youth to become engaged in spreading the Gospel to the edges of the world, and he gave five points for them to follow.

The 5 points are as follows:

Sister Nelson encouraged youth by saying, “It’s time to stop comparing ourselves with others. It’s time to put away those erroneous views of ourselves and others. The truth is, we are not as hopelessly flawed as we may think, and others are not as perfect as they may appear; all except, of course, our Savior Jesus Christ.”

As the spirit testified to me of the truthfulness of the counsel I was being given, I decided right then and there to follow, knowing fully well I was disengaging from a tool (social media) that I use routinely to help market my writing. But in going through the short fast, there were definitely a few things I learned or should I say, relearned, along the way.

In the end I can’t help but wonder if the rise in depression and suicide rates in youth is linked to an increasingly virtual landscape of distorted images. A November 2017 story in the New York Post, entitled “Rise in teen suicide connected to social media popularity,” seems to lean in the same direction, pointing to a CDC study that suggests the social media use could be one factor in the rise in suicide rates.

Quoting the article, “The study doesn’t answer the question, but it suggests that one factor could be rising social media use. Recent teen suicides have been blamed on cyber-bullying, and social media posts depicting “perfect” lives may be taking a toll on teens’ mental health, researchers say.”

Then there is sobering statistics like the following from the CDC. In 2015 it was reported that 19 percent of teens use their electronic devices for more than 5 hours a day, and 87 percent of 12th grade girls used social media every day. Those who used social media daily were 14 percent more likely to experience symptoms of depression.

In addition, social media is great at creating an echo chamber of sorts, where all we hear is what we want to hear, due to customization and algorithms trying to figure out what you want to see. It doesn’t really give us true perspective on what it going on in the world. It’s a place to easily shout down and bully in an almost anonymous fashion. The fact that we have a thing called trolling, is indicative of how pervasive these things can be.

Now, like I said above, I am not calling for an end to social media. My work exists because I can share it on social media and then because people can share it again, and again (Well hopefully that’s what is happening). It’s how I grow my readers, and I am grateful for it in that aspect of it. What I am suggesting however, is that we take a sobering look at how we use social media and how much we find ourselves dependent on it.

Do me a favor, even if you are not a follower of my faith, go on a 7-day social media fast and see what you learn about yourself and the world around you from it. You never know what insights you may gain.

Previous Listen to Children Who’ve Just Been Separated From Their Parents at the Border
Next Ask An Evangelical: Why are megachurches tied to the Evangelical church?