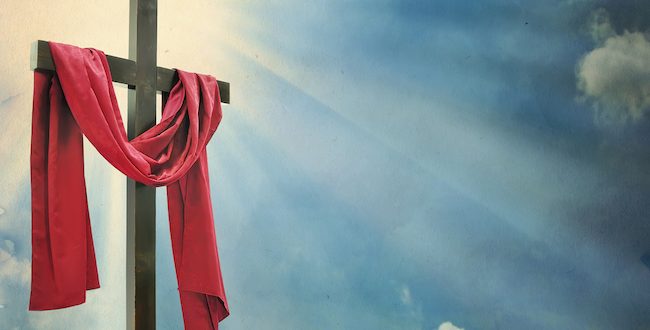 What Happened on the First Easter? (Part One)

What Happened on the First Easter? (Part One)

The Bible is true. And some of it actually happened.

The Easter stories are true. And some of them actually happened.

What does that even mean? Is it possible to claim a story is true while at the same time claim it didn’t actually happen? For me, the answer is yes. The Easter story I focus on here is the resurrection.

I believe we can reasonably be confident that the following actually happened: a man known as Jesus of Nazareth lived and died sometime between 4 BCE and 30 CE; he was a charismatic person who had a brief (perhaps three years) ministry in Israel; the primary audience for his ministry was the marginalized of society; the core of his ministry was preaching the Kingdom of God here and now on earth; his ministry was threatening to the rulers of the domination system, both the Romans and the collaborating elites of Jewish society and the temple; as a result, he was executed by the Romans through the common practice of crucifixion; he died on the cross in Jerusalem; his followers and disciples were shattered and horrified at the humiliating death of their leader and went into hiding out of fear and devastation over the apparent failure and probable end of their mission and movement; Jesus was buried in a stone tomb (possible but highly uncommon); a few days after his possible burial, the tomb was said to be empty.

That should have been the end of it. After all, 1st century Palestine was crawling with would-be messiahs, religious movements, cults, social bandits, political troublemakers, agitators against the domination system, healers and traveling preachers and prophets. The Romans regularly executed political insurrectionists and dispersed their followers as dangerous subversives who may have wanted to carry on the mission. As one author put it, Jesus was one of many peasant nobodies whom Rome routinely, and with callous indifference, executed and disposed of with brutal informality. Yet, the movements of those other leaders and their followers are virtually unknown to history.  The Romans accomplished their goal; they were not only executed but their existence and memory were obliterated.

But that did not happen with Jesus of Nazareth and his ministry and movement. In Christian thinking, a “Great Reversal” happened in the event of the resurrection. The physical/bodily resurrection of the man known as Jesus occurred by the power of God. God’s “Yes” to Jesus in the resurrection was the reversal of the earthly powers’ “No” to Jesus in the crucifixion.  It is this crucial and necessary event, the resurrection, on which Christians throughout time have placed their faith for something called eternal life in the Kingdom of God.

Except, I don’t believe the physical/bodily resurrection actually happened.

To discern what the “something” was that happened on the first Easter, the story should be subjected to the process of demythologizing. In December 2020, I wrote about demythologizing the Christmas stories. I won’t repeat the demythologizing discussion here except to state my conviction that the intended purpose of Scripture is to reveal truths to us about what it means to exist as a fully human person in the here and now in relationship with the Sacred and with our fellow humans on earth.

In the New Testament, and particularly in the Gospels, the foundational truth is that Jesus discloses/reveals what God is like, and that a life centered in the Divine is aligned with the ultimate qualities of the sacred: compassion and love.

So, if Jesus did not physically/bodily rise from the dead and continue to live forever in some recognizable form, what did happen on the first Easter? What does it mean to affirm the resurrection and say that Jesus lives? What are the existential truths the resurrection story is trying to tell us? How is the resurrection real for us today?

Check back tomorrow (April 1) for part two of this series.

Previous Tips to Improve Your Mental Health
Next How This Inland Northwest Church is Celebrating Holy Week During COVID, Again