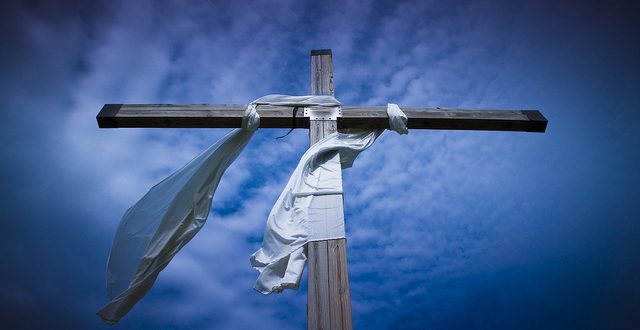 What Happened on the First Easter? (Part 3)

What Happened on the First Easter? (Part 3)

Read Part 1 and Part 2 of this series

If resurrection did not and does not mean physically/bodily rising from the dead, what could Paul, the Gospel writers, and the early Church have meant by that word? And what does it mean for us today?

Resurrection is a complex concept and incredibly rich with meaning. I contend this was a spiritual/mystical experience, which by its very nature is impossible to fully articulate or portray using ordinary language or vocabulary. Theologian Harvey Cox wrote that mystical experiences always break the language barrier, which is why symbols, song, poetry or silence are used. He suggested we need “new and daring metaphors for what the earliest Christians coded in the language of the resurrection. They used the most potent vocabulary they had available, and we must do the same.”

As Paul said, I have been crucified with Christ. It is no longer I who live but Christ who lives in me. Of course, Paul did not intend his words to be taken as a literal description of events, but as a metaphorical way of describing an interior, existential change that had taken place. It is dying to our old way of life and living a new life grounded in the compassion and love of the divine. The disciples understood that Jesus’ message and preaching of the Kingdom of God ultimately wasn’t about him or “believing” in him but about the God he revealed through his actions and words.  By continuing Jesus’ work of bringing about the Kingdom of God on earth, the disciples’ actions and words were Jesus’ actions and words.

Many theologians believe Jesus’ preaching of the Kingdom of God wasn’t primarily about individual salvation or forgiveness of sin.  It was about what life on earth, in the present, would be like if God was the ruler and the current earthly rulers were not. It was about a Great Reversal. The disciples and followers of Jesus certainly expected this Great Reversal in their time. They thought Jesus would be the one to achieve the victory over their oppressors.  With the crucifixion, it appeared they were wrong about what, where, and when.

And yet, history tells us a Great Reversal indeed occurred. An obscure Jewish dissident in a backwater of the Roman Empire, was crucified by the Roman authorities as a political nuisance, and then became the centerpiece of the religion of that very same Roman Empire. Is this not a Great Reversal with the apparent loser being the ultimate winner?  Is this not a miraculous victory – and not an abstract, otherworldly victory but a tangible, this world in the here and now, kind of victory? Is this not the last shall be first and the first last? But it was through the actions and words of the disciples, Paul, the Gospel writers, and the early Church, who resurrected Jesus and kept him alive by continuing his work of the Kingdom of God, that this Great Reversal took a big step forward.

Something happened on the first Easter and it’s still happening now.

The resurrection wasn’t a once-and-for-all kind of event. The death of Jesus – yes, that was an event that happened once. The resurrection, as I’ve sketched here, has been reoccurring throughout history on a daily basis for millions of people the world over for more than 2000 years.

Jon Meacham wrote that, “the alleviation of the evident pain and injustice of the world is the ongoing work that Jesus began and we should continue.”  To paraphrase him further, we shouldn’t be working for a ticket out (say, to heaven?) – we should be working to make this world more godly and just.  I think this is part of God’s Great Cosmic Clean-up.  But it requires collaboration between the Sacred and humanity.  It is an interactive process that is already here and requires ongoing efforts.  As St. Augustine said, “We without God cannot, and God without us will not.”

Resurrection isn’t about raising dead people and living forever. It is the symbol of God’s justice, the Kingdom of God, God’s new creation, here on earth. It’s people living out a new understanding of their existence and manifesting the compassion and love of the Sacred. Jesus says in Matthew, “Inasmuch as ye have done it unto one of the least of these my brethren, ye have done it unto me.” Or in Tom Joad’s great speech in The Grapes of Wrath, he says that wherever there is a fight so hungry people can eat, he will be there. That is what the work of the Kingdom of God looks like here and now. On earth in 2021. And by doing it, we can truthfully say, Jesus lives.

The Afterlife: Life After Death? No Thank you. Once Is Enough. - SpokaneFāVS

[…] the third part of this Easter series, Cramsie discusses in more detail what life after death really means for us here on […]