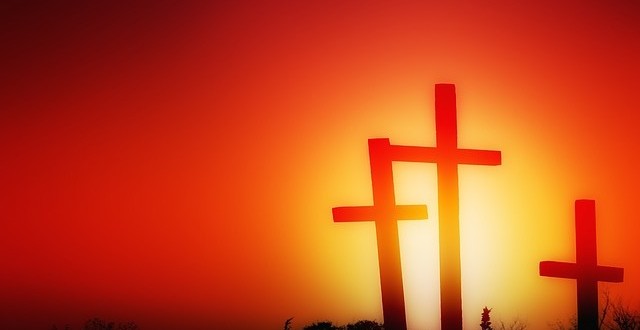 What Happened on the First Easter? (Part 2)

What Happened on the First Easter? (Part 2)

Read Part 1 of this series

I propose that within the constellation of Easter stories, the primary event, the event that changed everything, was the crucifixion, not the commonly understood resurrection. It was the death of Jesus under those abominable conditions that was the turning point. The crucifixion was the transformative catastrophe that set everything else in motion.  It was this obscene and horrific execution that provided the impetus for the Easter/resurrection story.

The Gospel accounts of the disciples indicate that they did not expect Jesus to be crucified, let alone rise from the dead. These were not their thoughts before, at the time of, or even immediately after the crucifixion. It was not part of their understanding of Jesus’ ministry. They expected a “this world” kind of victory against the Romans and the Temple elites. The crucifixion dashed all of those hopes. In fact, they probably knew very little about what actually happened other than Jesus was dead. Recall, they were nowhere to be found. They fled in fear of arrest and possible death.  They were in hiding. They were heartbroken at the seeming failure of their mission. They were left rudderless and disoriented and scared and baffled and cowering. It appeared that all was lost.

It seems the disciples also didn’t expect Jesus to rise from the dead. They did not behave or speak with the confidence of knowing Jesus would rise from the dead. The psychology of the stories seems to indicate they believed the death of Jesus was the end. If they had any thoughts of Jesus being bodily resurrected by God, I doubt they would have been so terrorized, distraught and humiliated. The women at the tomb had no expectation of a resurrection; that’s not why they went there. The men in hiding didn’t even believe the women who first reported the empty tomb.  There are several stories of the reactions and doubts of disciples.  They did not recognize Jesus when it is claimed he appeared to them. A physical/bodily resurrection simply wasn’t part of anyone’s understanding of the plan.

As Rev. James Martin has written, something happened to transform them from fearful to fearless, something amazing, incredible and dramatic. The disciples and followers of the crucified Jesus pulled themselves together and embarked on a seeming suicide mission of continuing his ministry:  proclaiming the Kingdom of God on earth.  Somehow, they held together, against all reasonable expectations based on their previous behavior of denials, abandonment, and faithlessness. Somehow, they summoned the courage as a group, united in their determination to carry forward God’s mission on earth as manifested in Jesus of Nazareth. Somehow, as messengers and envoys and apostles, they now were both the beneficiaries and the agents of the new age/Kingdom of God, which had been inaugurated.

But still, what was the amazing, incredible, dramatic something that happened? I begin my answer by asking why the amazing, incredible, dramatic something that happened can’t be in the realm of human relationships and self understanding instead of the supernatural? Why do the laws of physics and biology need to be sundered for a miracle to occur? Can’t something really happen without it being corporeal? A life-altering experience can occur even if it does not include something that can be confirmed through one of our five senses.

Perhaps Jesus’ death, and the seeming end/failure of the mission, required the disciples to find new meaning in what they had endured. Perhaps a new understanding of the significance of Jesus’ life and their own lives and choices of was needed. Perhaps they discerned that Jesus’ death was the symbol of their transformation, a dying to the self and a rising to The Way, to a new life centered in the Sacred. The crucifixion was not going to be the last word.  It was the disciples’ refusal to give up that resurrected Jesus and vindicated his message of the Kingdom of God on earth.

But what is the message, the existential truth, of this resurrection for the here and now? What does the Kingdom of God have to do with life on earth in 2021?

Check back tomorrow, April 2, for part 3 of this series.

Previous How This Inland Northwest Church is Celebrating Holy Week During COVID, Again
Next What Happened on the First Easter? (Part 3)