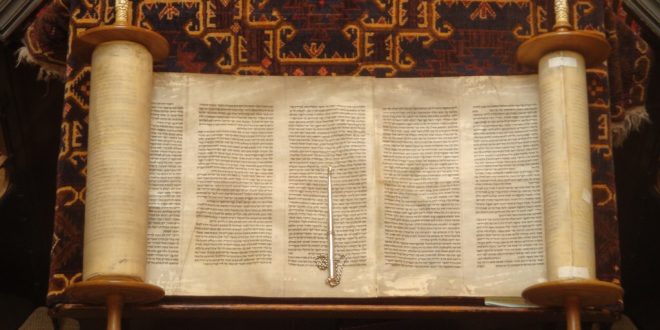 What good is Judaism without legalism?

Judaism is a famously legalistic tradition. The term halakha (sometimes spelled halacha) refers to the laws of Jewish life, as derived from three sources: “from the Torah, from laws instituted by the rabbis and from long-standing customs.” Perhaps the best-known examples of halakha are kashrut (Jewish dietary law) and the observance of Shabbat, the Jewish Sabbath, which traditionally requires Jews not to use electronics and to refrain from doing work or even carrying items outside the home. Naps, walks, and conversation are hallmarks of many shomer Shabbos (Shabbat-observant) Jews’ Saturdays.

Modern Orthodox and traditional Orthodox Jews tend to obey many more components of halakha than Conservative, Reconstructionist, or Reform Jews. According to the Orthodox Union website, halakha “guides proper Jewish behavior in all aspects of life, each day of our lives.” For those who observe it, halakha ensures that Jewish life isn’t simply a matter of what one believes but also, crucially, what one does. Fulfilling mitzvot (commandments) and obeying halakha are essential, in the view of most traditional Jews, to leading a truly Jewish life.

But what of us nonreligious Jews? The very concept of a secular Jew is confusing to many non-Jews, who may hail from faith traditions in which identifying as nonreligious appears antithetical to the identity itself. One doesn’t often hear someone say he or she is a “secular evangelical” or “secular Baptist.” Yet the existence of secular Jews is a recognized fact, though it may give some religious Jews tsuris (aggravation or grief).

So what does Judaism have to offer those who don’t obey halakha? As a basically secular Jew whose spiritual explorations have involved Buddhism more than Judaism, I can state with confidence that Jewish values and cultural traditions have become increasingly important to me over time. When I lived at the Ravenna Kibbutz, a Jewish intentional community in Seattle, I helped maintain a kosher kitchen, and two of my housemates were Modern Orthodox. I grew to appreciate the rhythm of Shabbat — festive, joyous dinner with friends; reflection on the past week; and a Saturday marked by rest and a focus on household relationships — even though I didn’t feel obligated to observe it.

What Shabbat represents — celebration and thoughtfulness regarding life’s ups and downs, retreat from technology and labor — makes a lot of sense to me. Furthermore, one of Judaism’s most universalist values, tikkun olam (“repairing the world”), guides my thinking on a variety of issues, including the work I do at Spokane Area Jewish Family Services. Too many people’s lives are marked by unwitnessed suffering, including but not limited to loneliness, poverty, hunger, debilitating health conditions, and simply feeling unheard or misunderstood. Judaism most definitely calls on us to do what we can to reduce people’s suffering. In the oft-quoted words of Rabbi Tarfon: “It is not your responsibility to finish the work of perfecting the world, but you are not free to desist from it, either.”

Judaism makes the most sense to me as a set of guiding values and a form of community life. I was not raised to adhere to behavioral laws that don’t have meaning for me. Thus, for example, my wife and I chose not to have our son circumcised, even though most Jews worldwide consider circumcision an essential mark of Jewish male identity.

We don’t observe Shabbat, but my wife and I both recognize that we cling too tightly to our iPhones. At some point we’ll probably instate a house rule — perhaps that we must put our phones in a box by the front door when we enter the house and retrieve them only when we’re about to leave. I don’t observe kashrut, but I’m vegetarian and may someday return to being vegan, and my wife cares where the meat she eats come from.

I don’t abstain from chametz during Passover, but I do appreciate the lessons we can take from the story of the Israelites’ escape from slavery in Egypt. Passover is a perfect time to reflect on the fact that many people groups across the world still suffer terribly. It’s also an opportunity to take a hard look at the privilege we enjoy, and to contemplate what we can do to support those who struggle against merciless oppression.

I don’t fast on Yom Kippur, the Jewish Day of Atonement. As an anorexia survivor, I don’t have healthy associations with the link between self-deprivation and atonement for sin. However, at the end of every calendar year, I put together two lists: intentions for the year to come, and things I struggled with during the previous year and want to leave behind. I review the lists periodically throughout the year and take a close look at them in late December, to get a sense of how well I followed up on my intentions.

Judaism’s laws can provide structure and a sense of order and safety. As I work each day to find meaning and enrich other people’s lives, what matters most to me is that my wife and I share similar values. Some of these may coincide neatly with Jewish principles; others may not. The work of writing about Judaism for SpokaneFAVS continues to help me understand myself through a Jewish lens, and of course to understand Judaism through the lens of what my parents, education, and life experiences have taught me.

Previous Faith Action Network summit discusses legislation and social justice
Next Ask an Atheist: Resolving the beginning of the universe