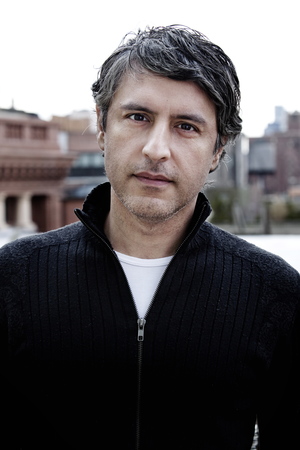 What Fox News. Vs. Reza Aslan is really about (hint: not just Fox News’ idiocy)

It seems like the whole world is talking about Reza Aslan’s new book (Zealot), largely thanks to Fox News’ interview with him in which the host, Lauren Green, could not get over the fact that a scholar (who’s Muslim) would write a book on Jesus.

The story has gone viral. It’s on Upworthy. It’s on NPR.  It’s on the Atlantic, and so on.

It also seems to have helped make Aslan’s book the #1 book in the country.  (In the interest of full disclosure, I should state that the publisher sent me a free copy of this book.)

Much of the attention is focused on Fox News’ profoundly problematic, possibly racist behavior, combined with the calm (read: patronizing) way in which Reza kept repeating that he is a scholar of religion, with four degrees, and this is what scholars do.  (I say racist because religionist doesn’t seem to be a word in our language.)

Yes, it’s always fun to make fun of Fox News’ racism and idiocy, and we could go on and on about it here.   But it’s actually about something else that has not gotten enough attention so far.

The real issue is not Fox News’s idiocy.  (or at least not just Fox News’ idiocy).
It is Privilege.
It is about who gets to speak, where, in front of whom, and about what.

And like so many other forms of privilege, this is not about one individual host’s racism or ignorance.  It is about an institutionalized form of power, lorded by some over others to reinforce their own position of, well, privilege.

Surely, it’s not something as simple as a ban on people (or scholars) speaking about traditions other than their own.

After all, Lesley Hazelton, who describes herself as an agnostic, gave a viral talk on Muhammad.

Bernard Lewis, of British Jewish background, has certainly had a career (and a half) of speaking on Islam and Middle East.

Fox itself certainly has no issue putting on the uber-polemicist Robert Spencer (who’s of Chrisitian background, those we shouldn’t project his hatred on Christianity or all Christians) as an “expert” on Islam.  And no one questioned him about his degrees in Islamic studies (he has none) or his command of Islamic languages (he has none).

Fox also has no problem putting ex-Muslims on air to talk about Islam, as they routinely do with Ayaan Hirsi Ali.

So if Robert Spencer and Ayaan Hirsi Ali and Lesley Hazelton and Bernard Lewis can speak on Islam (not to mention anything about other voices of compassion such as Karen Armstrong, Bruce Lawrence, John Esposito, none of whom are Muslim), why can’t the Muslim-turned-Christian-turned-back-into-a-Muslim scholar Reza Aslan speak on Jesus?

It is because of privilege.

Previous POLL: Does technology enhance or distract during worship?
Next What is your image of God?