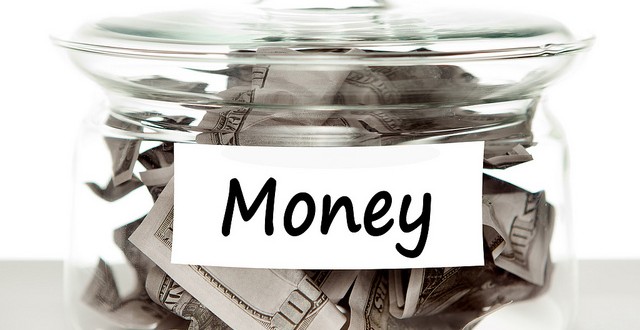 What are we going to do about America’s money immorality problem?

Money and morality. I laughed out loud when I first heard this was the next Coffee Talk topic! How to write and talk about something that for each of us is so uniquely disturbing? I worked in the “money” field for 22 years before my call to ministry, and was constantly surprised by people’s attitudes on money, and I don’t remember morality ever coming up in these conversations! For 80 percent of the folks I worked for it was about getting MORE!

I will approach my discussion of this the only way possible for me now, as a Christian pastor. That doesn’t mean I have less respect for people of other faiths or with no faiths and their beliefs on the topic of money.  For each of us our credos are very important, who you believe in or don’t, determines what you do with your spirituality  and this is a big deal especially when it comes to money and morality, where the rubber meets the road if you will,  how we treat each other every day. The crux of the matter centers in the same thing; mankind’s desire for relationship and community. I know, I know, old worn out phrase, relationships and community, blah blah blah. People have written about and kicked this horse to death years ago. So what about that then? Simply because we have gone over it already doesn’t make it wrong. If relationships and community are old hat then why hasn’t the world grasped the idea? Again I say, especially in the area of money! Why have we not after thousands of years of living together on this planet been able to figure out that we can live together without killing one another? We no longer have the “time and distance” argument to insulate us.  Why hasn’t the idea of LOVE and tolerance (that is paramount in nearly every world religion) taken over by now and put the world at peace? We don’t have to agree on how to get into heaven or even if there is a heaven, but one would think that a majority of people believing in some of the same basic tenets of peace and justice even apart from religion, could come to the place where we stood together in favor of some basic human rights and decency and eliminate some of the more dreadful habits we have as humans – especially those habits revolving around money.

Is it just that it is too simple? People are naturally greedy and mean and we really don’t want to live together in peace? Is the hatred between people and religions and customs around the world so great that it can never be overcome? Is there no answer? If so, then  I would hope that we could just stop talking about it, let’s throw all morality out the window and just finish raping the planet of its last resources keep it all for ourselves start another world war and see if we can’t finish this planet off once and for all. I mean what’s the point if we are going to drag this all out to the bitter end? Somewhere down the line in another 100 years or so there won’t be enough “livable” space for the 12-13 billion people that’ll be here by then. Cynical you say, negative you say — well I have been studying money and working in it and observing it for most of 40 years now and it pains me to say that I have not seen an improvement in the actions of the people and countries that control the money, especially in the morality department.

Money continues to get squeezed down ever tighter till 1 percent now control 40 percent of all money and just 80 individuals control the majority of that. First world countries representing maybe 20 percent of the world’s population go on using up or controlling 80 percent of the resources, the rest of the world scrapes by on what we leave behind — the scraps if you will. We have talked the ideas of sharing and helping and being good stewards to death and I am sick of hearing it. Because we never DO anything about it — people talk a good line over the weekend while they’re in church or feeling good but in the end they got to go to work on Monday and pay the bills, and everything else gets blocked out, and to be clear, I am not picking on anybody in particular especially you who might be reading this.

You are what I refer to as the “choir.” You already care enough to be involved and come out for things and get involved, it’s the 80 percent of the population who, for lack of a better phrase, don’t give a damn. Many folks have no time for morality in their money decisions, it’s all about paying the bills, that mortgage on a house that in the USA is usually way bigger than necessary, the power bill to a company that has in the past and may be still gouging the land as much as it is your pocket book, the food bill to middle-man type companies that inflate the prices for the final product 10 times what the farmer or rancher get for raising it, or the big ag companies that are experimenting with genetic engineering on our food at all levels, or how about that car you drive, the inflated price to pay the company executives to make all kinds of atrocious decisions not to mention dreadful cars.

We talk about how great the American economy is. Here’s a moral quote and reality check, ”Capitalism works better than any other system that’s been tried. Why just look at the wealth we’ve created in this country in the last 100 years Look at all the poor people that have pulled themselves up by their boot straps and made a success out of themselves.”

I say “show me how it has worked for rest of the world.”  The only way I will believe that capitalism is “the” answer is if you can show me a way that all 7 billion plus people in the world can have the same level of success or even some level of success. Oh my you say, “what an idiot you are … that won’t work … there are too many lazy people in the world who don’t want to work or get ahead …and that’s their choice, I feel bad for them…but they are not my responsibility.” Now don’t misunderstand me, I definitely understand sin and its relationship to money. Sin is part of the world and therefore part of money. I understand a little of why people do what they do, I mean after all we here in the USA are the center of the universe and God wants us to be happy, right? Especially financially … to hell with the rest of the world, after all the song goes “God bless the USA,”  doesn’t it?

If you look at advertising with a critical eye you can only conclude our society is or has become ridiculously selfish, cheap, and narcissistic. Do we really believe that we look better if we have a “light beer” in our hand? The proliferation and profusion of stuff in this country is totally out of hand, talk about your moral money questions, and do we really need 50 choices of deodorant? We demand, and the advertisers tell us we need, more and more choices, they tell us what to think and what to buy and how much. Even back in 2001, then President Bush, shortly after Sept. 11 goes on TV and tells us to get out there and shop when all we wanted to do was grieve our loss and maybe come to grips with the reasons why there are people out there in this world that hate us so much. I don’t have any debate experience but I could probably put together a good case around virtually every world disorder and trace the cause back to money and morality. So could you. Now the question for us in the choir is: How do we get the 80 percent off the bench and into the discussion?

Join SpokaneFAVS for a discussion on “The Morality of Money” at the next Coffee Talk at 10 a.m., Feb. 7, at Indaba Coffee/The Book Parlor. Eschenbacher is a panelist.

Previous Finding Meaning in Multi-Dimensional Religiosity
Next Ask An Atheist: Why should a faith and values site have an atheist columnist?