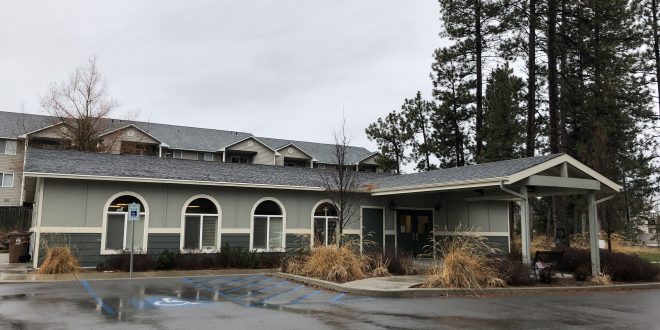 What an Interfaith Community Center can mean for Spokane

This column first appeared in the Spokesman-Review.

On Jan. 6 we told you that an Interfaith Community Center would soon be opening in Spokane.

I’m beyond excited about this news and what it could mean for our city. Interfaith Community Centers are a rare thing, and this one is especially unique because it won’t be run by a faith group. Instead it will be part of the nonsectarian journalism organization, SpokaneFāVS (Spokane Faith and Values).

Let me give you the back story.

Origin Church on the South Hill, a congregation with a long history here, decided it was time for them to close their doors. It was a heart-rending decision that they didn’t come to easily. They wanted to be good stewards of their property and asked the FāVS board of directors if we would be interested in their space.

You may be wondering why they would want to gift a building to an online religion news startup. Besides reporting on religion news in town and offering commentary on issues of faith, for the past six years FāVS has been organizing monthly community forums at local coffee shops, called Coffee Talk. We’ve tackled issues like, separation of church and state, ethical protest, faith and mental health, prayer and forgiveness, to name a few. By now we’ve outgrown most coffee shops in town. We’ve organized other offline events too because we believe an effective news organization needs to be part of the community, not just report on it.

Origin saw how our readers were participating with us online and in person. Those readers, they also saw, were mainline and Evangelical Christian, Jewish, Muslim, atheist, Catholic, etc.

Using the 3-acre property as an Interfaith Community Center seemed obvious. It’s also a way for us to honor Origin, whose congregation values inclusivity, community and healing. We want to carry those principles forward.

But it won’t be a space just for FāVS. In staying true to our mission, we want to emphasize community and be a resource for the people of Spokane. We hope the space will be used by groups – of any faith – who need a space for classes, workshops, retreats, weddings or even a neutral place to worship.

Funds raised through the community center, besides being used to maintain the beautiful space, will also help fund more local religion reporting.

Over the next few months the FāVS board will work on fine tuning the details of the center and in May we’ll get the keys. In the meantime, though, as a way to introduce the space to the community, we’ll be hosting our next Coffee Talk there, at Origin, 5115 S. Freya, at 10 a.m., Feb. 2. Appropriately, our forum topic will be, “The Future of Interfaith.”

Panelists will talk about the importance of pluralism, what interfaith work looks like here in Spokane currently and what it might look like in the future.

I hope it will also include a discussion on the word ‘interfaith.’ Many organizations are abandoning that word because it excludes atheists, agnostics and seekers, and because for some the word has a negative connotation. Some groups are using the term ‘religious, secular and spiritual” instead.

I hope you’ll join us in this discussion and that you’re as excited as I am for Spokane to have an Interfaith Community Center. I believe it will be another way for us to come together and learn about each other’s core values, and that will only make this city better and stronger.

You can help support the Interfaith Community Center by making a tax deductible donation below.

[…] April 6 Coffee Talk will be at 10 a.m. at Origin Church, 5115 S. Freya (which will soon be the new FāVS interfaith center). Coffee will be provided, though donations are […]

There's Room For Everyone - SpokaneFāVS

[…] once in awhile I’m asked by a church to fill the pulpit. This month Origin Church, which is gifting its property to SpokaneFāVS, asked me to preach about religious diversity. It was a fitting topic, since we’ll be using their […]