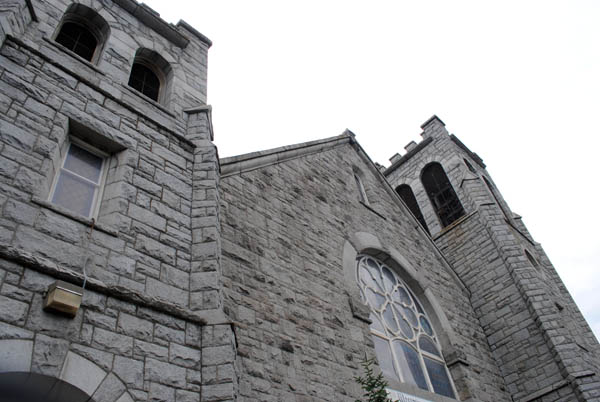 Starting next week the City of Spokane will have a space for homeless young adults to stay warm overnight.

Westminster Congregational United Church of Christ , 411 S. Washington, is the second in a network of churches and other facilities the city is working with to make up for the homeless shelter, House of Charity, that closed earlier this year. That shelter housed 150 men overnight.

The warming center at Westminster will be available to 18-24 year olds.

“That population has very different needs than the older people we’re finding in our shelter system,” said Homeless Programs Manager Tija Danzig, “18-24 year olds don’t necessarily want to be sleeping next to a 65 year old who’s been homeless for 20 years.”

The Rev. Andy CastroLang of Westminster added that young adults just starting out in life need a different message, “You can do better than this.”

Danzig said through this new warming center, she hopes better resource can be provided.

“We really want to meet targeted needs and be able to provide services and opportunities for them to become sober and get out of their homeless situation,” she said.

Representatives from YouthReach, a crisis counseling organization aimed at homeless youth, will make regular visits to the Westminster warming center.

In July, Danzig said, the city hopes to open a permanent homeless shelter for young adults.

The warming center at Westminster will be in the church’s basement and will be open daily through March from 9 p.m. – 7 a.m.

CastroLang said the congregation was overwhelmingly in support of opening its doors to the city’s homeless.

“That’s why we’re a church. It’s what churches do,” she said. “It’s encouraging to have support for something you know is the right thing to do.”

The numerous organizations that use the building were also on board with the idea, CastorLang said.

The city is paying to install locks, cameras and doors at the church and will employ a supervisor and security guard each night. The city has committed to $1 million to establish a warming center network.

The warming center is slated to open either Dec. 21 or Dec. 22, though Westminster isn’t sure how many people to expect since homeless youth has been a difficult demographic to track, Danzig explained.

In total the city estimated about 1,245 homeless in the region, as of January.

In November Salem Lutheran Church in West Central became the first church to become a warming center for the city. That church is housing 60 adults overnight in its gym.

Other churches, Danzig said, are helping in other ways. The Gathering House in The Garland District, for example, will be hosting events next month for the homeless community, including an open mic night.

Previous Too many kids, like McKenzie Adams, are bullied
Next A Nativity Reminder: God Became Flesh and Dwelt Among Us