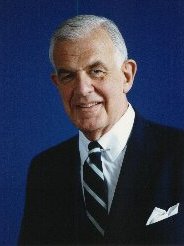 Westboro Baptist Church announced today that they will be in Spokane on Friday to protest the memorial for former House Speaker Tom Foley.

According to a press release, they will be protesting because of Foley’s pro-choice views and his Catholic faith.

The church, based out of Topeka, Kansas, stated in the release, “The United States government was a corrupt cesspool of idolatry on former Speaker of the House Tom Foley’s watch!…The people of this doomed nation have the smiting rod of God across your backs in the form of corrupt leaders such as Tom Foley.”

The service for Foley will be held 11 a.m., Friday at St. Aloysius Church.

Previous Ask A Mormon: What’s your reaction about allegations of the LDS church covering up the Michael Jensen sex abuse scandal?
Next How to start a Luther-worthy reformation