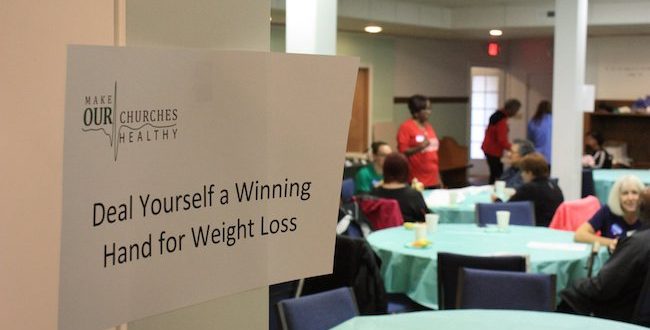 On Oct. 21 Holy Temple Church of God in Christ its their first annual Wellness Fair as part of their Make Our Churches Healthy initiative. The goal of the fair was to raise awareness of health issues that affect primarily older and African American communities.

The fair was started by Pastor Happy Watkins and Kathy Worden, who met together on a weekly basis to find a way to help their communities with their health concerns.

Informational booths were  set up by organizations that wished to support the wellness fair. These organizations included Chas, YMCA and Multicare. Chris Wherity, a Multicare employee was present at the fair representing the organization and helped people get informed about their health.

“This population is underserved, and we feel it’s necessary for us to be out here supporting them,” Wherity said. “Supporting events such as this that actually show our interest and creating a better and healthier population.”

Wherity also emphasized the importance of being a self-advocate and knowing the best ways for people to take care of themselves.

The fair brought in a panel of four speakers to answer questions of the attendees. Doctors Stephan Humphries, Netsanet Chalchisha, Cheryl Farmer and William Bomberger spoke on issues ranging from cholesterol levels to how to dispose of old prescriptions. The best practice, by the way, to dispose of opioids, is to throw them out with cat litter, to prevent people from digging through your trash and stealing them.

Attendees were also given the opportunity to learn these numbers from blood-testing stations at the event.

Participants were also given the opportunity to get some exercise. Humphries led a walk around the church, while the older attendees practiced ball and chair exercises led by employees of the Work Well Consultants group.

Finally, members of the church were encouraged to send in their favorite recipes days before the event. These recipes were then modified to make them healthier and to show people that making healthier dishes is not a difficult task. Lunch options included shredded chicken, cheesy grits, potatoes and dessert options of peach cobbler or chocolate cake. All of which were modified to be healthier, like the chocolate cake which was made without flour.

While the Wellness Fair was the first event of this kind put on by the church, Worden said she would like to see similar in the near future.

“Our goal and what the commitment is is that this will be the annual event but there will be ongoing things throughout the year that will continue to engage, and really look at results,” Worden said.

While the event was primarily focused on healthcare, Watkins believes that what made the event important was that many of the people involved are friends and that they will continue to encourage one another throughout the year.

“We’ve got people like Kathy [Worden], like Dr. Humphries and the speakers that really care about our health and welfare,” Watkins said. “I think this will be a model, not just for Spokane but for Pasco and Yakima.”

Previous The reality of our false gods
Next Ask a Jew: Why are Jews so offended by pork?