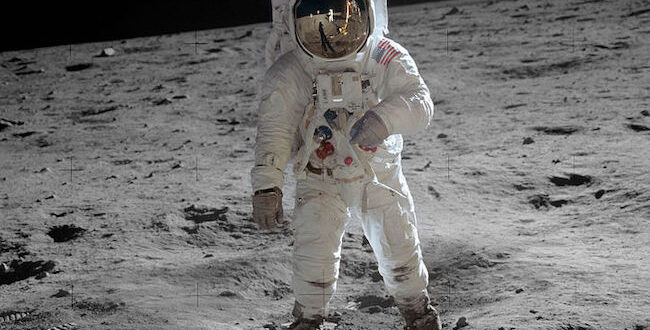 We Went to The Moon

We Went to The Moon

Why were memories of the Apollo missions the first that came to mind as I began to appreciate Joe Biden’s historic election victory?

The 1960s were hard for America. The country had not been as divided since the end of the Civil War.

Despite the successes of the civil rights movement, continuing racial frustrations were tearing at the fabric of our cities. The assassination of Martin Luther King Jr. in April 1968 sparked violent protests in many American urban centers. Some of our greatest cities, including Washington, D.C., were on fire. Disruptions continued into 1969 with violent protests in York, Pennsylvania, and Hartford, Connecticut.

Our involvement in Vietnam escalated all through the 1960s even as public support for the war began to wane. By 1968, anti-war protests had turned violent in many cities, most notably at the Democratic convention in Chicago.

Protests only continued to increase in ferocity in 1969, a year during which nearly 12,000 American military personnel were killed in action.

And in January 1969, Richard Nixon was inaugurated president, having narrowly defeated Hubert Humphrey in an election that was all about the war.

In truth, Americans were very much at war with each other, the divides deep and seemingly not resolvable. Sound familiar?

And then, we went to the moon.

Many of a certain age remember the moment when Neil Armstrong took that one giant leap for mankind. At the time it was estimated that half the world’s population was watching on live television. In the United States crowds gathered in every conceivable public place to watch on giant screens.

And in those places where Americans gathered, the divisions ripping at the fabric of our democracy were completely, totally forgotten, at least for a time.

We went to the moon.

And all Americans put aside their differences to appreciate the most monumental technological and exploratory feat in the history of humankind.

There is one other time in contemporary American history when divisions gave way to national unity – 9/11. But that event was not of our making.

The moon shots represented the best of our country, the best of us. We did it. And for a time, divisions were forgotten. It was a crucial pause in the unraveling, a time out for Americans, a chance to catch our breath.

In the just completed election more than 70 million people voted for the losing candidate. Their belief in and dedication to Donald Trump represents one half of a vast national divide.

How can we bridge that divide, if even for a moment? How can we heal? In their acceptance speeches Saturday night, Biden and Kamala Harris vowed to achieve national unity. But they and the rest of us are under no illusions. Seventy million Americans are not yet ready for unity. And Donald Trump’s life of strife suggests he will do all in his power to thwart it.

We need a moon shot.

There is a new version of “The Right Stuff” playing on the Disney + streaming service. It was Tom Wolfe, author of the book on which the mini-series is based, who made “the right stuff” part of the national vernacular. He was using the term to describe qualities demonstrated by the incredibly courageous test pilots who strapped themselves into a tiny capsule atop an explosive missile and then blasted into space.

But the term also applies, as the Disney series makes clear, to the tens of thousands, the tens of millions of Americans who developed the technology, supported the missions, and cheered the successes while moving past the inevitable tragedies.

Is there a moon-shot moment awaiting us now? Where can American resolve, technological superiority and over-the-horizon thinking take us when we most need the boost?

Biden has said he will make battling the coronavirus his top priority. Republican or Democrat, Trump supporter or Biden voter, we can all agree. The virus must be defeated, and our lives restored.

If Biden and Harris can bring Americans together to stem the pandemic, save lives and thoughtfully distribute the inevitable vaccine, they will have their moon shot.

It will not be as dramatic as a massive rocket blasting into space on pillars of fire. But it will still demonstrate American will, resolve, and – to use the overworked and often misconstrued term – American exceptionalism.

But only if we have the right stuff.

Previous Ask An Eastern Orthodox Christian: What Is Your Church? Part 2
Next Spokane Clergy Continue To Show Support for Same-Sex Marriage After Supreme Court Confirmation