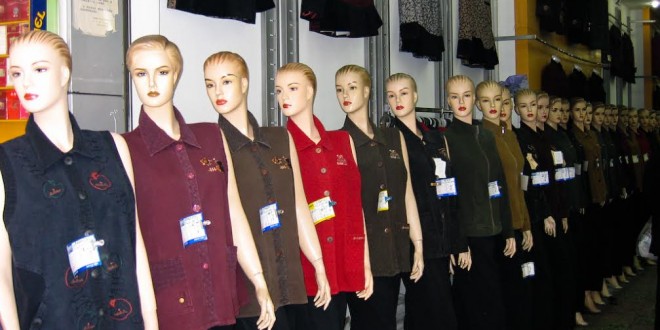 We the (Pod) People: The “Body Snatchers” films as cultural snapshots

Some friends and I recently marathoned our way through all four movies based on Jack Finney’s 1955 science fiction novel “The Body Snatchers.” The films include Don Siegel’s 1956 “Invasion of the Body Snatchers,” Philip Kaufman’s 1978 movie of the same name, Abel Ferrera’s 1993 “Body Snatchers,” and the 2007 release “The Invasion,” which starred Nicole Kidman and Daniel Craig. I had seen none of these movies before. How I made it through 35 years of life (and 15 months of marriage to a sci-fi geek) without watching them, who can say?

The main thing I’d heard about the “Body Snatchers” movies was that they employ their shared premise (alien invaders eerily impersonate humans) both literally and as a metaphor for some societal concern of the day. In fact, each film does dramatize significant fears and values relevant to its era. In only some cases does this accomplishment seem deliberate; these films may be more accurate cultural portraits than even their creators intended.

Not surprisingly, the 1956 version is the one that’s most faithful to Finney’s book. Much has been written about the film as a symbolic depiction of America’s Red Scare in the late 1940s and early to mid-’50s. Many Americans at the time may have perceived Communism as a manufacturer of soulless conformity akin to that cultivated by the movie’s aliens. Yet in the 1950s America was also a country where countless men had returned from war to reclaim their jobs and, in doing so, sweep women from the paid workforce back into unpaid domestic labor. Conformity to traditional gender roles reigned again — at least until the sexual revolution a decade later.

Another 1955 novel-turned-1956 film, “The Man in the Grey Flannel Suit,” also shed light on American conformism unaided by the Red Menace. In an oft-quoted column, Chicago Tribune writer Bob Greene described the book as “a ground-breaking fictional look at conformity in the executive suite… that helped the nation’s business community start to examine the effects of its perceived stodginess and sameness.” Though Americans may have feared that a foreign entity would destroy their individuality, forces within U.S. culture were already dedicated to the cause.

As one might expect, the 1978 “Snatchers” brings up a very different set of issues. A post-Vietnam, post-Watergate film, this version imparted the message that no one can be trusted to a country that well knew it. In the 1956 movie, after Kevin McCarthy’s heroic doctor loses his lady love to the aliens, he escapes to another town where officials seem willing to believe his incredible story. In the ‘78 remake, concerned citizens could put up all the fight they wanted, but in the end they would be assimilated.

By 1978, the Cold War had become part of everyday American reality, and fears of nuclear annihilation persisted. Moreover, the idealism of the ‘60s and at least part of the ‘70s had mouldered enough to usher in the ‘80s, often called “The ‘Me’ Decade.” If looking out only for oneself was America’s new normal, who could be trusted? To complicate matters further, Americans’ experiences with LSD in the ‘60s and ‘70s led many to question whether they could trust even their own senses. Fittingly, some of the ‘78 film’s imagery is nothing less than hallucinatory.

The timing and setting of 1993’s “Body Snatchers” are clearly not coincidental. This time, the story takes place on army base, where a moody teenager and her family will live until dad, an EPA agent, can determine to what extent the base is mucking up the environment. Military industrial complex versus heroic environmentalist? Sounds like the ‘90s to me. Of course, the notion of mindless obedience to a homogenizing force much larger than oneself is as much a critique of military culture as a phantasmagoric sci-fi gimmick.

Another thing that distinguishes this movie is that it portrays key aspects of ‘90s suburban life. Obviously, an army base isn’t a suburb, but parallels emerge nonetheless. Young people are rebelling against adult and family conformity well before the aliens get their hands — or, rather, tentacles — on them. The insular nature of the community, the main characters’ prefab home, and the eerie nighttime quiet all vividly evoke the suburbs. By 1992, The Atlantic Monthly was already declaring: “The United States is a nation of suburbs.” The energy of that sociological sea change permeates “Body Snatchers.”

“The Invasion,” from 2007, is the blandest of the four “Snatchers” films. Like its predecessors, however, it holds up a mirror to some of America’s anxieties du jour. At one point, Nicole Kidman’s character, a psychiatrist, realizes she’s failed a client. Her mistake? Blithely prescribing psych meds when an abusive (and now body-snatched) husband was the real problem. Later, someone asks Kidman’s character whether what the aliens are offering — an untroubled mind, relieved of its bothersome humanity — is really so different from the mental pacification she gives clients in pill form.

It’s a canny moment that suggests America, many decades removed from the postwar era, is still pushing conformity without the help of a foreign superpower. Can’t blame the Reds this time; we aspire to the safety of sameness as surely as our suburbanizing, complementarian forebears did. Just for kicks, “The Invasion” tosses in a moment where our heroine removes a handheld video game console from a child as he leaves for school. Intentionally or not, that scene brings to mind another national worry: Are we stifling our children’s creativity, and individuality, by letting electronics hypnotize them? And perhaps most important: Will a smartphone-addicted human race be much of a match for the aliens the next time they invade?