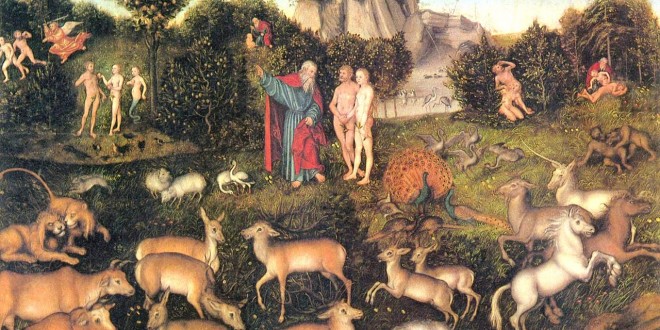 We have forgotten our responsibility to this Earth

We have forgotten the meaning of  Genesis 1. The Creationists and their secular, materialistic reading of Genesis has tried to turn the text into a scientific treaty and not what it was meant to be: a story the tells about our relationship to God and nature. That is their greatest sin, that of distracting from understanding of our place in creation. In Genesis 1e, humanity is placed inside of creation and given responsibility to creation. We are not little gods to oppress God’s creation.

We are, as Genesis 1 points to, creatures created in the middle of life. This insight separated the Israelis and the Early Christians from their pagan neighbors. God created the cosmos and then created humanity to live within the cosmos. Our place was within creation and cosmos. This was God’s first and lasting vision. Even in redemption, we are told of a new heaven and new earth, in other words, creation continues and we continue to find our place inside of God’s creation even as God redeems the cosmos from our sin. We still have to find our place within God’s creation. We still are called to take responsibility for our effects on creation and to take stock in our sins within creation.

Today, we lie to ourselves about creation and our responsibility to God’s created nature. We repeat the original sin and try to be God over creation and seldom take responsibility to creation. Ironically, when we do, we have to answer charges of being pagan as the pope has had to answer for his upcoming encyclical on our responsibility as Christians to the created order. The powers of money and oil are gearing a defense for the sins we perpetrate on the Earth. God surely remembers our sins and does our changing environment.

To the great shame, far too many deny that burning of dead things causes anything bad in the environment. Run a car in a closed garage and you will surely die. We all know this common truth, but somehow deny that running a billion cars and millions of planes and burning tons of coal in the hundreds of billions will not poison God’s created Earth. We think that it has no effect.