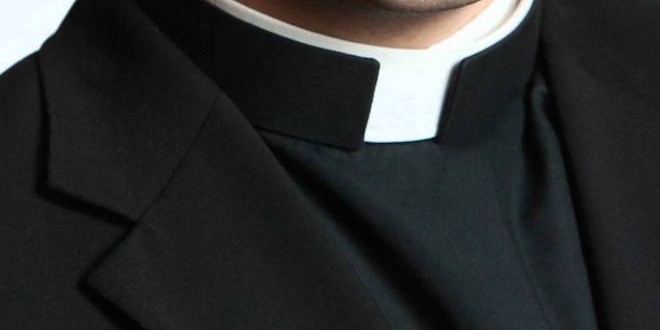 We Have a Priest Gone Rogue

Editor’s note: *Names in this article have been changed

*Debra is a woman who has attended *St. Francis Catholic Church for more than 35 years. Her children were baptized there and attended K-8 at the adjoining St. Francis grade school. She sat on numerous councils at the church, and even worked a part time position at the grade school. So leaving St. Francis church has not been a decision she has made lightly. So I asked her, what was it that pushed her to leave her Catholic home?

“I left the church, when I could not sit and listen to him preach, about leading a Christian life, when I knew in my heart, that he was bullying people and deceiving people, by telling lies.” Him? Debra is referring to the new pastor at St. Francis. So who is he? After acquiring information and stories about this pastor, the summation I would use to describe him would translate to the commencement of The Grinch theme song. He’s a mean one, *Fr. Ted…

When I asked Debra what caused her to start to describe the pastor with these negative adjectives; she said the negativity didn’t happen with one explicit event.

“Friends that worked at the parish that were let go…I heard from other people the reasons they were fired were due to personal disagreements with Fr. Ted and not due to their performances. I was seeing instances again and again where he wasn’t being truthful.” To someone looking from the outside into the Catholic Church, a debacle such as the one brewing at St. Francis may not seem like much. However, for devout Catholics the pastor is the leader, the comfort and representation of what a good catholic should be. So having a pastor that is seen as the antithesis of morality is devastating to parishioners. It has also caused many community members at St. Francis to feel somewhat like sheep without a shepherd.

“The idea behind a parish is that it does not matter who the priest is — it is going to remain the same from priest to priest, by the committees and the leadership within the parish itself. You don’t want to totally revamp your parish every time you get a new pastor. There is no continuity in that,” says Debra.

*Cindy has been with St. Francis for almost as many years as Debra has. As the mother to children who also attended St. Francis and received First Holy Communion and Confirmation at St. Francis Church, she is still technically a member of the parish — however, she was clear when we spoke, that her days as such may be limited. She has stuck around as long as he has, due to her heavy involvement with the church and the school. But she said that there’s only so much a parishioner can and will take from he who is supposed to be their leader. Cindy said that her first red flag came when a friend told her of a comment he made at a Christmas party.

“I had heard that he was imitating a gay man at a party, and I was upset because it’s like you’re a priest! But I let it go, because he was charming and new etc.” However, it was when Fr. Ted extended his cleaning house rampage to St. Francis school, that Cindy had had enough.

“But the straw that broke the camel’s back was when he let him [the principal of St. Francis] go. Probably when he went too far was blowing up the school. If the worst thing the principal has done is to allow people who can’t afford to, to go to school, then I want a principal like that over one who cares about accounts. He scapegoated the principal for his own failings in accounts.”  These are strong words for a parishioner to have for a pastor, but Cindy was adamant that she meant what she said.

A little background for further understanding—Fr. Ted upon his arrival at St. Francis, did what some would call “cleaning house,” or what Cindy would categorize as burning the house down. He fired over half of the staff there before him. However, no one expected him to reach his hands over to the school. So currently, there is a lot of outrage over the fact that he chose to fire the beloved, young principal. His reasoning, as Cindy touched upon, was because the principal was too lax on financial matters involving payment from parents whose children attended the school. But Cindy, a person who would consider herself well versed on financial matters, disagrees whole heartedly with his decision. Cindy as well as Debra stated that a few parishioners they spoke to said that Fr. Ted had expressed his shock to them, at the backlash he has received from church members, after firing St. Francis’s principal. So are parishioners being too quick to criticize, or do we have a priest gone rogue? Cindy’s thoughts:

“I think he is a narcissistic personality. I don’t think he is self-aware enough to know that he is a poor manager. I believe that he was totally, unbelievably shocked about the outcry after he fired the principal from St. Francis. I think that there almost needed to be a transition team after Fr. Ted came to the parish, that wasn’t done. I don’t think that whole transition was handled well. I think issues were handled individually rather than overarching.” Debra had this to say about the overall rejection of Fr. Ted by community members.

“I understand that there are always differences when a new priest comes in and is assigned to a new parish. I have been in the Catholic Church for 55 years and have seen priests come and go. But I have never doubted their faith or Christianity even if I have disagreements with them.” When I asked her if she believed Fr.’s ill-fated actions were those of perniciousness or ignorance, she was quick to interject.

“Oh no, I think he is a narcissist! I think that he thinks that his style of leadership is good, that he is right and that everybody should automatically take everything that he suggests as the right thing. And that’s not the way a parish should be run!” So after asking around and hearing impassioned and emotional testimonies from different parishioners as to their experiences with Fr. Ted, I had to wonder what parishioners planned to do about this despised pastor in their midst?

Events like the one occurring at St. Francis happen so rarely, that the question does not often get asked and therefore the answer is unknown as to how to handle a situation such as this one. I asked Debra whether she felt it was the duty of the local diocese and/or the archdiocese to deal with a conundrum such as this. Apparently, many parishioners have written letters to the local diocese about this pastor and have gotten the canned response that the diocese will stand behind Fr. Ted. Debra also told me that there were community members who had started writing to the archdiocese after being ignored by the local diocese. But this pastor is still at St. Francis, so obviously neither diocese is seeing much validity in the complaints from St. Francis’s members. When I asked Cindy about the role of the diocese in a matter such as the one at St. Francis she had this to say.

“When Fr. Ted first came in, we had a bishop who was very sick and in a transition period—when there’s that much transition, things are going to fall in the cracks. Now, what’s going on? We [parishioners] wouldn’t know, because it is going to be kept confidential. I think the diocese has made a mistake, in that they don’t have a central human resources dept. any more. I think a strong human resource department is incredibly important. But we will never find out. So we’ll never know.” What Cindy believes will never be found out is how they are handling Fr. Ted’s complaints and harassment lawsuits (which have been filed by some former employees of the church). She thinks that since nothing has been done about Fr. Ted’s actions by the local diocese, then most likely the diocese is not planning to do much.

So until something is done, how will parishioners who are disgruntled by Fr. Ted’s presence cope? Debra and Cindy’s actions act as the perfect representation for most of St. Francis parish members. Some will stay like Cindy has, and try to reconcile in the name of the love and the bond they have with St. Francis church and school. While others, like Debra, will decide to forge a bond somewhere else, away from the constant hypocrisy and disruption they are tired of experiencing under the leadership of Fr. Ted.  What I found interesting though, was that both Debra and Cindy still hold out hope, for the tide to turn back to the calm waters once present at St. Francis, for the school to settle back into its steady rhythm after the transition to the new principal.  They both hope that the future of St. Francis will eventually see the storm clouds currently above it clear. According to Cindy, there is a lot of work to be done to repair the damage from the tornado that has been Fr. Ted.

“A lot depends on the responsibilities he is willing to delegate to his staff, and to hire a new finance person. A lot also depends on how much autonomy he is willing to give to the new principal. I hope that—I honestly hope that it is not too late for him. I pray every day that he will be transferred, because I think the only way St. Francis’s community can heal is with a new priest…but if he stays…I don’t know.” And Debra, she doesn’t know either.

“I hope that it [St. Francis] has the ability to withstand the unfortunate events that are happening because of the pastor. I look forward to the day when I can return to my parish.”

But unfortunately, it is still raining over St. Francis parish.

Previous Welcoming the stranger: What I learned from Jewish agencies
Next Workshop: Communicating in the Culture of Poverty