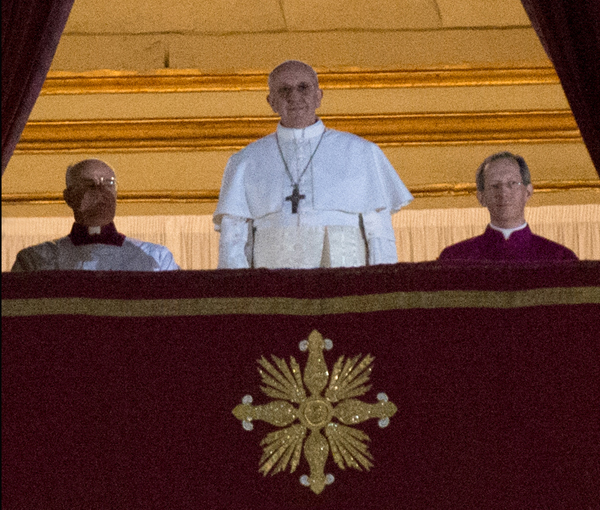 We have a pope: Thoughts from the outside looking in

Last week the Roman Catholic Church selected its new pope. As pastor of St. Clare, a non-Roman Catholic community, I have been asked a number of times over the past week about my thoughts about the new pope. Since this question has come up so often, in so many contexts, I thought it would be worth sharing my thoughts here.

First, about the person selected as the Roman pontiff. By all accounts, Pope Francis appears to be a humble, simple and spiritually oriented person. And, he appears to have a genuine concern for the poor. These are personal attributes that we can all admire and emulate. Second, he appears to have a track record of administrative competence. This is something that will be of great benefit to the Roman church in the months and years ahead. Third, there has been some 'noise' in the media about his tenure as the Jesuit provincial of Argentina, and his relationship with two imprisoned Jesuits and the Argentine military dictatorship. Frankly, the details are not at all clear. The context was one in which most of us have never lived (i.e., under a dictatorship in a third world country). I think it is best, at this point, to give Pope Francis the benefit of the doubt with regard to these circumstances, and not draw any impressions of him from this situation.

Third, what is my response to this situation? I have quit complaining about the church that I have known, and decided to put my energy into creating the faith community that I believe God desires for us. After all, there is no evidence that Jesus came to create a large, international institutional church. But, there is ample evidence that Jesus came to help people deepen their spiritual lives; transcend human motives to accumulate riches, violence, honor and pride, and embrace human motives of simplicity, service and humility; and to foster love of each other and love of God. To paraphrase Gandhi, I have decided to, “be the change that I seek.” This, in my experience, has been the healthiest way for me to move forward. I am no longer frustrated with the Roman Church for not being what I think it should be. I am simply doing what little I can to create a space where all are welcome; and, where we can all experience and celebrate the presence, compassion and love of God in our lives, our relationships, our families, and our communities.

Previous Spokane Passover Listings
Next We have a pope: Thoughts from the outside looking in