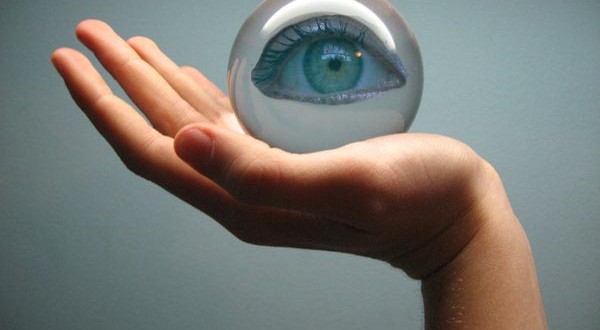 We Don’t See Things As They Are; We See Them As We Are

Read part three in this series

Emotionally charged beliefs and whatever it is that we use to identify ourselves with, have a profound and most powerful effect on shaping our realities. Most of us think we receive environmental information, sights and sounds in their pure form, but actually they are evaluated against relevant elements of our belief systems. Our instantaneous, involuntary reactions to contradictions of our beliefs or a perceived devaluing of the things with which we identify with, and even positive reactions to the support of our beliefs, are all autonomic, and the Reticular Formation and Reticular Activating System generate those responses.

As William James wrote many years ago:

“It is clear that between what a man calls ‘me,’ and what he simply calls ‘mine,’ the line is difficult to draw. We feel and act about certain things that are ours very much as we feel and act about ourselves. Our fame, our children, the work of our hands, may be as dear to us as our bodies are, and arouse the same acts of reprisal if attacked….In its widest possible sense, however, a man’s Self is the sum total of all that he can call his, not only his body, and his psychic powers, but his clothes and his house, his wife and children, his ancestors and friends, his reputation and his works, his land and horses and yacht and bank account.  All these things give him the same emotions.  If they wax or prosper, he feels triumphant, if they dwindle and die away, he feels cast down – not in the same degree for each thing, but in much the same way for all.”

The take home point is: Be careful what you identify with and what you believe! It may become your neurosis or worse.

“If the doors of perception were cleansed,

everything would appear to man as it is, infinite.

For man has closed himself up, till he sees

all things thru’ narrow chinks of his cavern.”

Perhaps this is why we sum up and judge people within the first 7 seconds of meeting them. We’re not really meeting them; we’re meeting someone from our past or someone that falls out side of our beliefs system. Think about it: what in the world could we possibly know about most people in only 7 seconds?

So, now our heads are crammed full of beliefs and identity, what’s next?

Well, how do we access all of those beliefs and identities? There are two roads in the brain regarding the use of fear and emotion conditioning: the low road and the high road. In humans, the low road and high road can work simultaneously to provide both fear responses and perceptual feedback. But usually it’s the low road we choose to travel, partly because, most of us aren’t even aware that the high road exists.  The great news is, now that we know, we can choose to do better in the future. It only takes some self awareness, self discipline and practice.

Let’s use communication as an example (Adapted from Crucial Conversations).

When things matter the most, as low roaders, we’ll do our worst. For instance, when a casual conversation starts hitting our not so good memory buttons, do we pause, take a deep breath, announce to our inner selves, “Uh-oh, this discussion is triggering something and becoming emotionally critical. I’d better stay present” and then amaze people with our best behavior and eloquence? Sometimes.

Sometimes we boldly step up to hot topics, monitor our perceptions and behavior, and offer up our best work. Sometimes we’re just freaking awesome.

And then there’s the rest of our life…

These are the moments when, we’re coasting down the low road and for whatever reason we flood with emotions and practiced responses, now we’re at our absolute worst—we stop listening, we yell, we withdraw; we say things we later regret. When conversations matter —that is, when conversations move from casual to pivotally personal (whether they really are or not)—we’re generally on our worst behavior.

Why is that? It’s because our emotions and brains don’t exactly prepare us to react effectively. Countless beliefs and past experiences, as well as eons of genetic shaping, and most importantly the lack of good role models and practice, drive humans to handle hot situations, or perceived hot situations, with fight, flight or freeze.

Low Roader brains can’t help but look out for dangerous experiences that are from their past; always preparing their bodies to deal with attacking Vermicious K-nids, not their bosses, neighbors, friends or loved ones.

Why? Because emotionally charged situations are frequently spontaneous. More often than not, they come out of nowhere. And since you’re caught by surprise, you’re forced to conduct a response in real time—no coaches and no time for prayer.

Instead, the blood flow to your brain greatly decreases when you need it the most and you’re left entering an emotionally charged situation with the same intellectual apparatus available to a spider monkey. What do you have to work with?

The issue at hand is a brain that’s blotto on adrenaline or denial, staggering around on the low road and almost incapable of rational thought because you’re thinking with the wrong part of your brain.

Here’s What Happens When We Take The Low Road

The low road involves a direct emotional pathway to the amygdala (keep reading) designed to protect individuals from life-threatening danger. “Oh look… A Saber Tooth Tiger! Let’s hide.” The amygdalae are two small, round structures, about the size of your thumbnail, located anterior to the hippocampi near the temporal poles. What’s so interesting about the amygdala is it uses related past memories to better judge present situations as possible threats.

In essence it acts like a tape recorder, and the record-button is pushed while we are still in the womb, recording all of our experiences in life, specifically any that are perceived as threats, subsequently it determines our reaction to any situation that remotely resembles the initial experience that caused our fight, flight or freeze reaction.

Over eons the amygdala has evolved into basically the prime brain structure that deals with anything that induces fear. In our distant ape-man days, which sometimes does not seem that distant, it elicited defensive responses without conscious thought. Visual input is received by the thalamus (Saber Toothed Tiger) and projected to the amygdala, which remembers everything, (last time I saw a Saber Tooth Tiger it ate Billy) which then sends signals directly to the areas of the brain responsible for generating self defense behavior. The autonomic nervous system, and more specifically the sympathetic nervous system, processes the information and produces reactionary behavior. This process works without a conscious experience of what comprises the stimulus, and it is the fast source of bodily response. These automatic responses are one way our emotions affect our behavior.

Our feelings can stimulate our brains to process certain information very quickly, or process it in a certain way. If that information is processed while disregarding other pertinent facts, common sense, or social or other considerations, it could result in a quick or mismanaged resulting action. These actions are often impulsive (spider monkey), rather than thought-out, and often result in behavior that is counter-productive.

Here’s an example: As a child your mother or father was very domineering and controlling — decades later any woman or man that appears to be dominating or controlling, whether they are or are not, they just have to say or do something that triggers your amygdala, and it will immediately decide how you will respond, even if it is an inappropriate response, which will seem very confusing to others.

Simply put, you will not be operating in the present situation but responding to the past original situation. No worries though, this can all be changed with effort, as we shall see in the next post.

Previous Planned Parenthood protests planned this weekend, locally and nationally
Next How The System Fails Victims