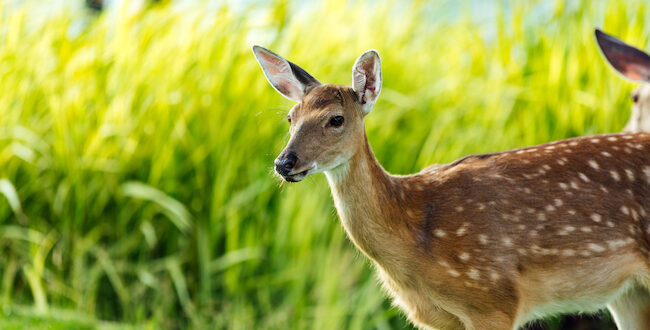 We Are One With The Wild

We Are One With The Wild

There have been many pandemic revelations. Some are positive: the dedication of health care workers, teachers, and others on the pandemic’s front line; the efficacy of science in creating vaccines; the utility of technology as it zooms us together; the willingness of many to mask up to love their neighbor.

Some revelations are negative: the systemic inequalities in our health care system; the violent underbelly of our society as evinced by an increase in homicides, pedestrian deaths, and hate crimes; the political and cultural polarization of our society.

A pandemic revelation that is both negative and positive is that we are one with the world. We may be troubled by our inability to keep the virus from crossing continents and national borders. Or we may rejoice in and care for our common humanity.

One With The Wild

There’s an analogous negative and positive revelation, the focus of the rest of this column: we are one with the wild.

Most scientists think that the Covid-19 virus spread from a seafood market in Wuhan, China, that also sold wild animals including hedgehogs, badgers, and foxes. My wife and I saw such markets when we taught English in Wuhan years ago.

Through a “zoonetic leap,” this virus infected humans. It wasn’t the first, and won’t be the last, to do so.

Humans have mainly infected other humans, but there is a lot of evidence that we have also infected other animals, both those in our homes, such as hamsters, and those out in the wild, including the white-tail deer who roam our woods.

And now there is evidence that these animals may turn the table and transmit variations of the virus back to humans. Fear that this has happened has led to the killing, for example, of Hong Kong hamsters.

While as I write this in early March there is just one proven case of humans contracting Covid-19 from deer, scientists predict that more cases are likely. The real danger is that the virus will return in a dangerous mutated form.

But humans are far more dangerous to our animal relatives than they are to us. Those who protect wild animals worry that we may pass on the disease to endangered species, such as gorillas.

Of course humans have long been bad news for our fellow creatures as we devour them, hunt them for pleasure, and take over the territory necessary to their well-being.

So how can the pandemic revelation that we and wild animals share Covid-19, that we are one with the wild, be good as well as bad news?

Not Inseparable from Nature

For starters, it serves as a not so gentle reminder that we are inseparable from our natural environment and need to be always mindful of our mutuality. If we don’t want it to our harm us, we need to not harm it. (Human caused climate change is an even more forceful reminder that what goes out comes back in.)

Paradoxically maybe the best thing we can do to help nature and its wild creatures is to stay away.  Perhaps the apartment dweller in downtown Spokane is living in a way that is more environmentally friendly than I am in our Heyburn State Park cabin, hanging out with the deer.

A positive pandemic revelation may be that, though we are one with the wild, there is value in respecting natural boundaries, respect the territory of wild creatures.

Fearing that wetlands, forests, and other wild places were disappearing as human settlements spread, Henry David Thoreau reminded his mid-19th-century audience that “In wildness is the preservation of the world” (“Walking”). He understood that we need to preserve the wild to preserve us, our soul and body.

The National Park movement developed later in the 19th century, followed by efforts to set aside
Wilderness Areas and National Wildlife Refuges. We can be thankful to those who created these ever-nurturing environments, and to those who fight now to preserve them.

When we do venture into wilderness areas or the-semi wild of refuges and national and state parks, we would do well to do so with humility, with hearts and senses open to what we can learn. The need for humility would certainly be a valuable pandemic revelation.

Scientists warn us that we should prepare for more virus-laden “zoonetic leaps” which will remind us we are one with wild. In the meantime should consider this as a positive revelation to be carefully received.

Previous Thousands of Churches Close Every Year. What Will Happen to Their Buildings?
Next With Ukraine, Purim’s miracle has new urgency