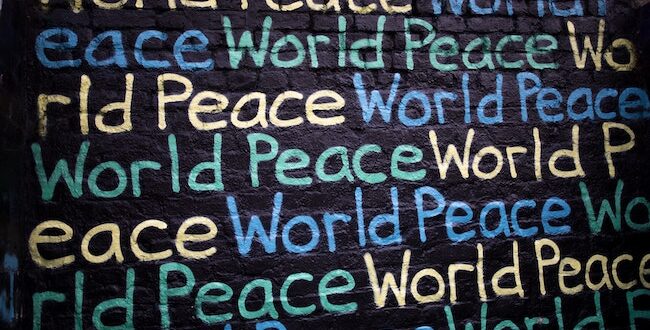 The United Nations was birthed in 1945 on the grave of its forerunner, the failed League of Nations. The League formed after World War I, “The war to end all wars,” as a path to international peace. It didn’t work.

Although far from perfect, the UN has succeeded in raising, across multiple fronts, widespread recognition that humankind shares a common home. This concept was encapsulated in the late 19th century by Baha’u’llah: “The earth is but one country, and mankind its citizens.”

The concept lay dormant for decades until the League formed after WWI. It was revived as the UN in 1945 as World War II ended. Since its beginnings, the UN has encouraged Non-Governmental Organizations (NGOs) to develop global programs that advance humanitarian efforts, such as women’s rights, universal education, reduction of poverty, environmental stewardship, elimination of prejudice, and sustainable development of resources and economies. One NGO that has been active in these efforts since the UN’s inception is the Baha’i International Community (BIC).

In support of the UN’s 75th anniversary in September, BIC issued “A Governance Befitting: Humanity and the Path Toward a Just Global Order.” This brief statement contains principles for establishing a global order based on justice applied with equity for all humankind, foundations necessary for a global peace.

Some examples: “The human family is one” is seminal to the document. This truth “has been embraced by multitudes around the world.” Implications “for our collective behavior must now give rise to a coordinated movement toward higher levels of social and political unity.”

The statement quotes Baha’u’llah’s warning, “True peace and tranquility will only be realized when every soul will have become the well-wisher of all mankind.”For 40 years this man, imprisoned and exiled by both the Ottoman Empire and Persia’s Qajar Dynasty, wrote thousands of documents guiding humankind toward a universal peace. This single sentence encapsulates much of what he wrote.

Perils of a divided community

As the BIC statement observes, “The perils of a global community divided against itself are too great to countenance.” This document has drawn the attention of UN ambassadors and officials.

H.E. Alvaro Albacete, Ambassador of Spain and a Deputy Secretary General, commented,  “I want to focus on the importance of religious actors in forging those global coalitions…The role is very important in areas such as development, education, health, and so on.”

Albacete mentioned the “very innovative” Multi-Faith Advisory Council, “chaired by the Baha’i community,” and congratulated that community “for the good work that it is doing through that important body at the United Nations.” He called it “the first step” where religious voices are heard at the UN.

The BIC statement “speaks powerfully to the moment of now and to the needs of every single human being on the earth,” commented Azza Karam, Secretary General of Religions for Peace.  Observing “how clear and articulate and eloquent the statement is on the need for us to…come together,” she said, “the fact that we are all one…Our survival on this planet, the planet’s survival, is fundamentally dependent on whether or not we will get this simple fact deep into our systems.”

Fergus Watt, a coordinator from the UN 2020 campaign, observed how the concept of unity in the statement is one “that embraces diversity of national, legal, cultural, and political traditions.” He noted it is “situated within an ethical basis that reminds us of the shared values…intrinsic to humans everywhere.” These values include “acknowledgement of interdependence, a shared ethic of justice, and a recognition that humanity is one.” Watt noted the “transformation that is ongoing,” calling it a “gradual…step-by-step process,” in which “every step makes the next possible.”

The “global civic ethic” mentioned in BIC’s statement caught the attention of Richard Ponzio, director of the Stimson Center’s Just Security 2020 program. He called such an ethic essential to underpin international cooperation with “ethical and moral principles.”

“We are becoming aware that being one organism makes us open to global challenges,” commented Sovaida Ma‘ani Ewing of the Center for Peace and Global Governance. “But we…lack precisely the global decision-making structures needed to tackle these problems”

The BIC statement offers suggestions for such structures.

As the UN traverses the next 25 years toward its centenary, BIC anticipates a period that will produce a “much more evolved world order characterized by equality, unity, lasting peace, and understanding among the governments and peoples of the world,” said Bahi Dugal, principle representative of the Baha’i International Community. “The next 25 years are of critical importance for the life of humanity.”

How can we in the United States best fit and do our part?

Looking Beyond This Infamous Date - SpokaneFāVS

[…] monetary, political, and other types of information, guidance, and direction. Its legacy is strong. My last SpokaneFāVS post touched on that […]

Who Was Baha’u’llah, and Why it Matters - SpokaneFāVS

[…] the writings of Baha’u’llah, the Bahai International Community works with the United Nations[5], and with individual governments, humanitarian organizations, and followers of other religions […]