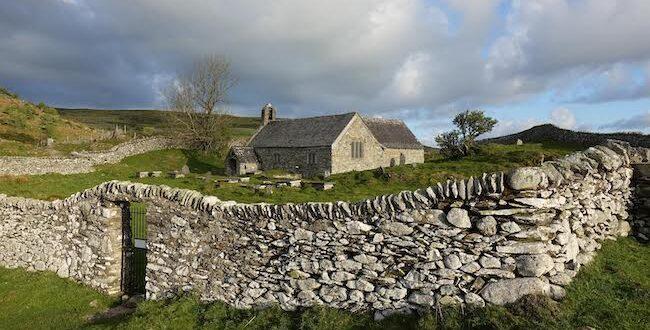 Thin pink clouds stretch eastward over the Menai Strait towards a sun rising as I write this in Bangor, Wales, above 53 degrees north latitude.  Across the narrow strait lies the Isle of Anglesey and beyond, farther west, the Irish Sea, over which we ferried last week from Dublin. We are seven: Pete and wife Jolie, son Dan and wife Sarah, their son Taran, and two more grandchildren, Isaac and Jessie.

We’re here because Sarah writes novels — mystery, fantasy, and romance – set in Medieval Wales. She’s written nearly 50. She’s a PhD anthropologist by training and a polymath by birth. Sarah did her junior year at Cambridge with side trips to Wales, where she fell in love. With the country, not our son. (That happened in high school.) Many years later, homeschooling their four children, they discovered family roots in Wales while researching genealogies.

During that period, Sarah had a dream that suggested ideas for creating an alternate universe and changing the course of Welsh history. To capture that dream, she started writing while the three older children studied and two-year-old Taran napped. That early writing changed the course of her own career.

“History is just anthropology of the past,” Sarah explains.

With historians as parents, she combines the two professions naturally. Her novels are a mix of historical fiction and fantasy. After tentative beginnings, her novels now attract an international fan club on three continents and are being translated into several languages. She publishes under Sarah Woodbury, her maiden name. Several years ago, Dan quit his fulltime job and now supports her online presence, posting photographs and videos with historical insights about places they visit in Wales.

So here we are, the fourth trip for Jolie and me. Why? There is an inexplicable spiritual charm about Wales. It’s best described in the untranslatable Welsh word hiraeth, a comprehensive term impossible to capture in one or two synonyms. The word seems to encapsulate that spirit, the landscape, and its people. From many translations, I’ve chosen the following because they reflect my own feelings towards this beautiful land.

Those familiar with this rare word put their own meanings into it, and so have I. Hiraeth can be found in the unnumbered old stone churches. While visiting the oldest church in continuous use, dating from the 11th century, we encountered a bride and her family preparing for her wedding on the morrow.

The smallest church, a tiny stone building perhaps ten by ten feet square, contains an altar, a small stained-glass window, and a healing well. Its six chairs define its seating capacity. In past visits we’ve walked the grounds of huge, ruined stone abbeys desecrated by political leaders seeking to bring the church to heel. The magnificent ruins of Tintern Abbey bring me to tears.

My own understanding of hiraeth relates more to the spirit of the land, spirit expressed in a landscape swept by winds, rains, and battles over millennia. Some archeological sites are villages dating  between 4,000 and 2,000 BC. This spirit of the land includes prehistoric burial chambers with tall standing stones, suggesting early reverence for the dead. Roman outposts, abandoned in the fifth century, stir the imagination.

Wild ponies, even goats, roam the craggy outcrops of steep, green hillsides, while domestic sheep and cattle graze friendlier landscapes below. And through it all, everyone walks! Narrow pathways between tall hedgerows of thorns and berries lead to remote places. These heritage sites, often surrounded by private property, are easily accessible across that property. Some gates are labeled “Private,” but I have yet to see a grim “No Trespassing” sign in our wanderings.

People we meet are charming, friendly, and conversational. Dogs are universal, mostly leashed and well behaved. Many hikers have been making these walks throughout lifetimes exceeding eighty years. One hiker we met was on his way cross-country through rolling sheep pastures, past churches, to a pub four miles from his home. He planned to return the same way after a few pints.

We met him at the church pictured above. Dry stone walls surround the building. Although the church itself is mortared, no mortar binds the variegated shapes and sizes of stone constituting the entire wall. Such walls are found throughout the countryside.

Perhaps as I age my inherent romanticism is morphing into sentimentality. To me, our travel experiences confer a spirituality that permeates this land of Wales. Those adventures manifest, and help define, the indefinable hiraeth, that feeling that keeps drawing us back.

Previous Columbus Day or Indigenous Peoples Day? Getting to the heart of the American identity crisis
Next Staying with Facebook