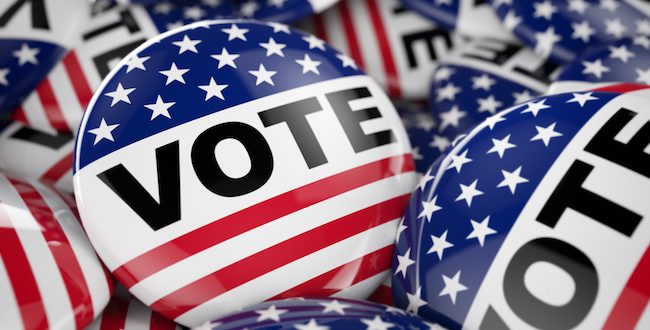 Voting in a Time of Division

Our editor asked “How should people of faith vote in the Cathy/Lisa campaign and why?”  Well, don’t leave out the non-faith people too.  Here’s this secularist’s take.

It has become more difficult for me to vote for Republicans in general over the last few decades because of a sea change in the political environment.  It wasn’t because my politics had moved, so much as the culture had changed (Ronald Reagan in his day had undergone the same process in reverse, where the liberalism of his upbringing no longer fit with the Democratic party of the 1960s).  A recurring stumbling block for me, though, was the increasing anti-science character of the GOP, as anti-environmentalist creationism began to be increasingly the back stamp of the party.

But all of that is mere wisp compared to the challenges confronting Americans in Trumplandia.  There’s no way to put a smiley face on it: Donald Trump is the most divisive person ever to occur the Office of President.  He is an ignorant bullying narcissist who regularly makes up “alternative facts” (the more traditional of us still call them lies), and then viciously attacks the free and independent press reporting on that as “enemies of the people.”

Such behavior is un-American.  And dangerous for the Republic.

So, how does one react to that regarding Cathy versus Lisa in 2018?

Well, I have noticed the abject silence of the former on the matter of the aforementioned behavior of Mr. Trump.  To paraphrase Tom Paine, “these are the times that try people’s souls,” and in the trying department, the GOP candidate hasn’t been trying at all.

Can anyone who can take Donald Trump seriously be taken seriously?  Can anyone who so cravenly overlooks the venomous reality of the Trump Administration, and who acts as the willing enabler of it, be given a free pass on that?

Does the fact that Cathy helps constituents (as though Representatives aren’t supposed to do that as part of their job description) or that she has genuine concerns for veterans and their health care, make her silence on the Golden Elephant in the room (and his all too non-golden policies) any less a terrible shout?

I’m not a person of faith.  But I am one of reason, and evidence.  Someone who tries to pay attention to the consequence of action, and not just the intent of it, however fervently hoped for.  And by that measure the Republic faces one of the great trials of its institutions.  Can anyone remain silent as an incompetent scumbag dishonors the office he holds every moment he occupies it, even as he poses for photo ops with foreign tyrants even more skilled at public dissembling than he?

And can anyone in 2018 who fails to see that grim writing on the wall, who fails to speak out about it all, in honest faithful outrage, be permitted yet another term of avoiding the perils of our time?

If ever there was a no-brainer, this election will be it.

How others will stand here only they can say.  But you know where I stand, and why.

Previous Stories from World Relief: a million refugees in Bangladesh
Next Why it’s so hard to hold priests accountable for sex abuse