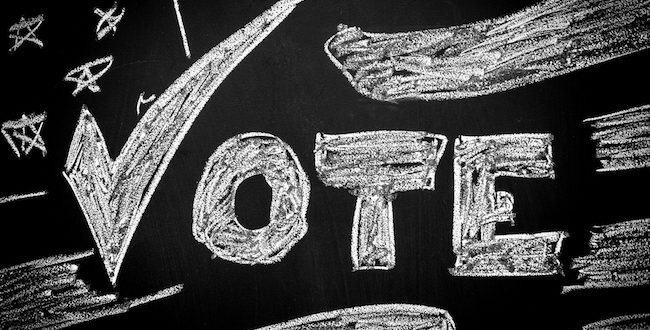 With only five days until Election Day, so much of daily thought and conversation centers on political matters. I still hear people question whether they’ll vote because they think their votes don’t matter. To that I say:  Your vote may or may not matter in the final vote tally, but it can always matter to your sense of power, conscience and consequence.

When we choose not to vote, we effectively give away a piece of our power as individual persons. Is that not important to you? If not, perhaps there are other places in your life where you also feel powerless. If so, I’m very sorry you experience life in such a despairing way.

Sometimes power is forcibly taken from us. Often, however, we give our power away to someone else. For healthy and for unhealthy reasons, we give that power away.

An Example of Compassion

Do you remember the overly-publicized incident in New York City where a woman falsely accused a black man of threatening her life? He was found innocent of that charge; and then he refused to file charges against her.

His response confounded some. He chose to be compassionate toward her and said “…under the circumstances, it’s the only course I can pursue in good conscience.”

Conscience, that sneaky little inner voice in each of us that reminds us about right and wrong, about using power and abusing power, and about considering the consequences of our actions. It is from a Latin word that means “knowing together with”.

So, conscience is not just within you or me. It is within us. It is a community gift to be used on behalf of all people. I think it may have a combined origin: a mix of God-designed moral order and socially formed guidelines passed from family to family to community.

We both observe and, too frequently, experience the abuse, the misuse of power in our communities and nation because people who have some kind of power have a mysterious lack of conscience. I truly don’t understand that!

To reclaim our portion of power, then, means we need to determine if we’re willing to “pay the consequences” of acting on our personal and collective conscience. That’s when people write letters to the editor, or march peacefully for human rights, or Black Lives Matter, or women’s health rights, or support “Get Out the Vote”, or… (pick your effort).

What cause is important enough for you to mobilize a conscientious effort to re-balance your sense of unjust and compassionless treatment of others?  For many persons, those causes fire their conscience-fueled imaginations to take back their inner power so much better outward consequences can happen.

Staying on the Sidelines

Yet many of us stay on the sidelines of these events and causes. We have our own, often valid, reasons.  Does that mean we are less committed to reclaiming our power, of exercising our personal and community consciences, of desiring healthier consciences? I really don’t think so!

But it might suggest we’re afraid to let ourselves be touched deeply enough by the pain of others. Maybe we’ve not yet realized that who we are as God’s children is less powerful when we hunker down and take care only of ourselves.

Our power comes from a God who entered our lives as a vulnerable baby, and who grew up to show his followers, and us, how vulnerability has its own incredible power to change us and others. Jesus let his conscience help weigh the consequences.

When we find ways to do that, we re-discover our inner power can be used in reconciling ways, in nourishing ways. Consequences worthy of us all!