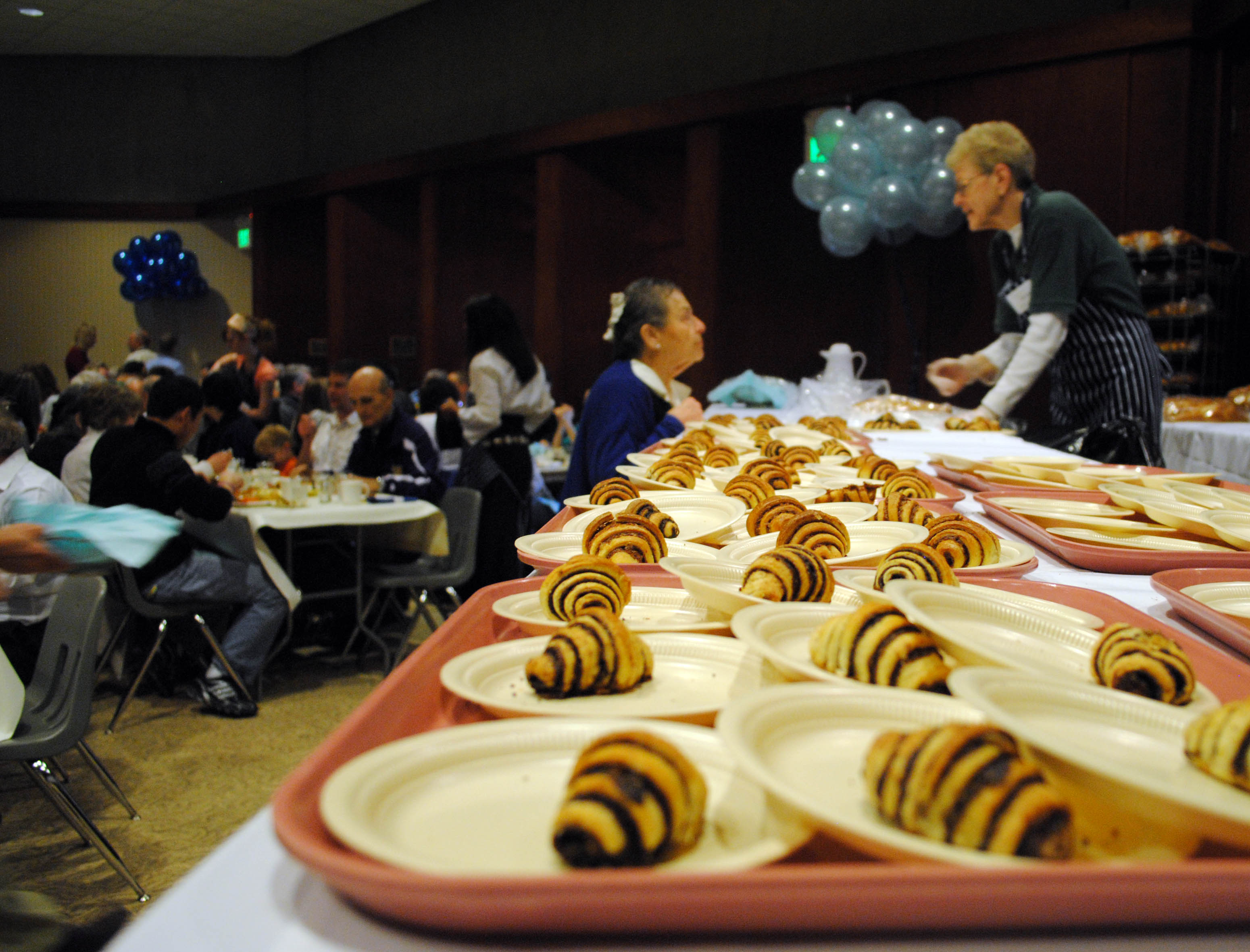 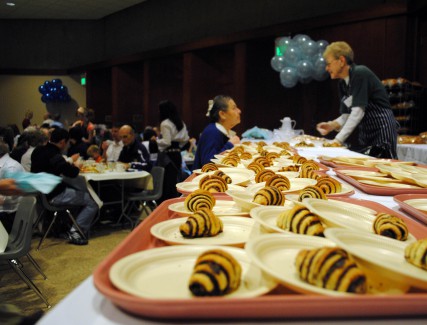 Temple Beth Shalom is the place to be this weekend.

On March 10, from 11 a.m. to 6 p.m. it will host its annual Kosher Dinner, which is known for satisfying thousands of appetites from across the region.

“You get a healthy serving of food; it’s not a snack, it’s a full meal,” said Anthony Giangreco III, a regular volunteer for the annual Kosher Dinner. “There’s not a single movie in the theater these days that’s going to be anything as entertaining as the entertainment we have, nor is the food going to be anywhere as good. For basically the same price as going to a movie and maybe getting a bucket of popcorn, you’re going to get a way better meal and entertainment you’re going to remember for the rest of your life.”

Going on its 72nd year, the Kosher Dinner will feature dancing, storytelling, singing, a play and 50’s style doo-wop music before an tasty kosher meal.

“The brisket, we all cook at the synagogue…and we have authentic potato-knishes (pastries filled with well-seasoned mashed potatoes), we ship those in from New York.”

Traditional Challah bread, stewed carrots, cake and cookies will also be served to the diners.

“We’ve served as many as 3,000 people at one meal, that was the high… The attendance in the last couple of years has fallen, but we’re still at right around 2,000 people that we serve… It takes over the synagogue for a good month,” Giangreco said.

There’s more to the event than just singing, dancing and eating however. The primary goal of the event, according to Giangreco, is to invite people into the Jewish community and let them see what Judaism is all about on a cultural level. Giangreco should know; he’s been participating since he was 7 years old, in 1979, and is now seeing the tradition pass down to the next generation as his eldest daughter participates for the first time. “

She’s 10 years old this year, and she’s going to help with the takeout meals…She’s very excited about it,” he said.

Tickets for the event are available online — $14 for adults and $7 for children—  or at the door at $16 and $8, respectively. More information is available at the Kosher Dinner hotline 747-3304, or on the event’s Facebook page.

Previous Deconstructing gendered language and its effects on the church
Next Meet Al Stover, our third intern