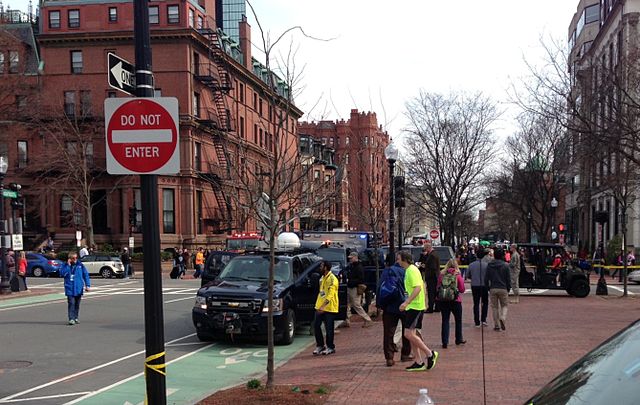 Violence, terrorism is an act of despair

Terrorism is an act of despair on the part of a person or group who has lost hope in the ability to affect change through non-violent engagement whether it is political, economic or religious. By my definition much of the violence in the world is that of terrorists. The word itself implies the use and value of terror in expressing an opinion or faith tenet. I do not see a difference between the terror used during the Inquisition in order to safeguard orthodoxy and that of Stalin used to push the Russian people into collective farming units.  Terror is both personal and communal. The killing of Catholic nuns in El Salvador is the same kind of violence as the bombing of a street café in Tel Aviv — it all points to the loss of hope that people have a voice in decision making or that anyone in power will listen unless that voice is accompanied by blood.

I have to acknowledge that I am more apt to stop and help someone who is bleeding rather than someone who is just asking for money because he is unemployed. Violence gets my attention. However, I would be mistaken to think that the only violence worth condemning is that which takes the opposing political or religious perspective. I have to be willing to take a stand against all violence by all people. It is the sickness of humanity that argues that killing or destroying for any particular point of view is acceptable.

In years past I worked for Planned Parenthood in the Seattle area. During my tenure there were acts of personal and property violence by anti-abortion terrorists. It was terror because individuals were shot by rifles and pistols and because home-made bombs were set off inside and around clinics. I remember overhearing a vindication in the hallway outside of my office one day about the role of government against the “evil” of these right-wing actions. I could not help but remind the person about the left-wing acts of terror that were equally frightening, damaging and fatal that took place in the 1970s by members of the May 19 Communist organization, including the Weather Underground as well as the August 24, 1970 bombing of Sterling Hall at the University of Wisconsin-Madison campus that claimed the life of one man and injured three in the name of “peace activists” protesting the Vietnam War.

These two examples alone should keep me from thinking that terrorism is always an act by the “other,” a foreigner but Timothy McVeigh’s action in Oklahoma City in 1995 that killed 168 people is also a reminder that any disaffection can lead to violence.  I am thinking of all this particularly right now of course because of the Boston Marathon bombings and the incessant news coverage and suppositions regarding motive and radical Islam. It may prove to be true that the bombers were motivated by religion. Again, I have to be careful not to use a wide paint brush to paint Islam as a violent religion or one that at least condones certain kinds of violence because so does every religion. Even pacifist Buddhists have set themselves on fire in protest and witness.

My own Catholic tradition is rife with violence and acts of terror in the name of God. The Inquisition and Crusades are just the most famous.  Recently, Shawn Francis Peters wrote an important book detailing the experience of nine Catholics whose conscience led them to an act of violence in protest against American imperialism in Vietnam and Guatemala.  His book, “The Catonsville Nine,” explores the reasons why a group of people may decide on violent engagement and expression of belief, including the making of home-made napalm.  While the Catonsville Nine did not kill anyone they did contribute to a sense of emotional terror for those around them and their actions were both reviled and celebrated by other Catholics. It was a confusing time for Catholics trying to decide how to be patriotic and Christian at the same time when those values were in conflict. The church was divided and there were people who figured that they only way to be heard was to blow something up, burn something down and add a lot of blood.

My heart goes out to the people of Boston who are experiencing traumatic loss and injury. It is an awful, truly awful situation. But the saddest part is that this violence is nothing new and is not the last time people will lose hope and act out in terror. Islam is not a violent religion but some Muslims choose violence as a means of expression similar to Catholics, Hindus, Jews and Protestants. It’s because violence and despair just as much as hope and compassion are part of being human. We can only hope that in the end, our mercy outweighs our vengeance.  And that we remember we are all equally susceptible to thinking that terror has a value sooner or later.

Previous Coffee Talk: Spiritual Community
Next Author to students: Atheists and believers can work together