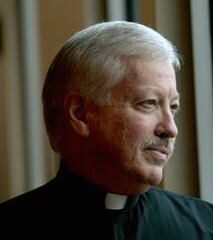 The Rev. Vincent Lachina has served as Planned Parenthood’s Northwest Regional Chaplain for 10 years, providing support to patients and community members in Washington, Northern Oregon, Alaska and Idaho. Additionally, Lachina works to create an active network of progressive congregations in the Northwest who support reproductive justice for women.  He is an adjunct member of Planned Parenthood Federation of America’s Clergy Advisory Board, which provides guidance and advocacy on reproductive health and justice issues nationwide, and has served on the Board of Directors of the Northwest Immigrant Rights Project.

Lachina has been an ordained minister for over 50 years, and is currently aligned with the American Baptist Conference. He relocated from the South to Washington State to serve as Senior Pastor at a Seattle-based congregation, where he remained for more than ten years. His current work as Chaplain continues his commitment to the tradition of the American Baptist Conference to follow Christ’s example by being actively involved in changing society.

Born into an Italian Catholic family, Lachina became a Protestant and joined a Southern Baptist congregation as a teenager where he experienced his calling into the ministry of the church.  Lachina was raised in Jackson, Miss. and spent his college and early adult years in Birmingham, Ala. and Ft. Worth, Texas. He served in congregations and religious organizations in Oklahoma, Tennessee, and Kansas for more than two decades prior to moving to the Northwest.

He holds the BA in Religion and English from Samford University in Birmingham, Ala. and the MRE in Religion and Education from Southwestern Baptist Theological Seminary in Ft. Worth, Texas.