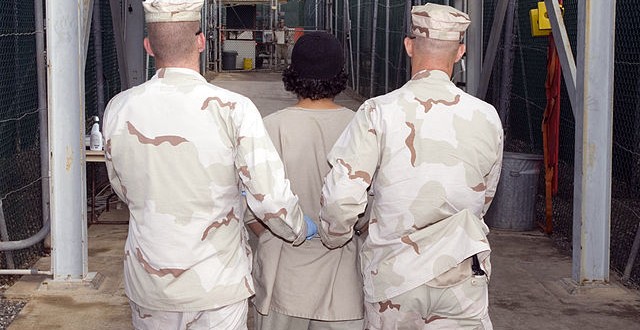 Viewpoints: How do your faith and values influence your feelings about Guantanamo Bay?

How do your faith and values influence your feelings about Guantanamo Bay?

The short answer to this is that Guantanamo Bay should never have been opened and the detainees should have been kept “in theater” like any other prisoner of war and treated according to the Geneva Convention.

I believe in race consciousness which is to say that as a nation, we accepted the opening of this prison and all that went on there. As our collective consciousness is raised to a higher level, this is no longer tolerated and new challenges arise regarding what to do with the detainees.

I know there were questions from the beginning, however, there was no move by Congress to bring this to an immediate close. As we watch the current news, we find people saying we should go back to torture and not live up to international conventions. I believe these ideas are driven by fear and revenge and I don’t believe there is any spiritual system that accepts that behavior.

As religious/spiritual people, I believe we need to spend time in meditation and prayer so we may work toward a higher national idea of what is acceptable and in line with our collective beliefs.

Neal Schindler: What does Judaism say about torture?

Like the bleeding-heart liberal I am, when I hear “Guantanamo Bay,” I think: torture and indefinite detention. To me, the key to this Viewpoints question is another question: What does Judaism say about torture? (I consider indefinite detention to be a form of cruel and unusual punishment and thus related to torture.) Fortunately, Aish.com’s Jewish Ethicist addresses the complexity and difficulty of the torture question, though not entirely to my liking.

In typical rabbinic fashion, the author, Rabbi Dr. Asher Meir, refers extensively to another rabbi’s writings — in this case, the article “War and the Jewish Tradition” by Rabbi J. David Bleich. Meir also quotes Leviticus 19:16 (“Don’t stand idly by the blood of your fellow”) to lay the groundwork for the classic argument that torture, in extraordinary circumstances, can save lives.

Meir alludes to the “ticking bomb” scenario often invoked in such arguments: There’s a ticking bomb hidden in a building that is impossible to completely evacuate before it explodes. Only if a detained suspect (and potential informant) discloses the code to disarm the bomb will dozens, if not hundreds, of lives be saved. Meir quotes Bleich: “By failing to act the potential informant makes it possible for a calamity to occur. . . It is thus clear that the law of pursuit sanctions any form of bodily force, including mayhem, when necessary to preserve the life of the victim.”

However, Meir observes that there’s a caveat: “As Rabbi Bleich points out, this analysis applies fully only when there is certainty that the person in question can and will provide the information needed to defuse a ‘ticking bomb.’” And how can interrogators ever be certain of that? Meir also notes that “experts are divided on whether torture is generally an effective means of obtaining information at all.” Indeed.

As a Reconstructionist Jew raised in a pacifist household and married to a pacifist, it is hard for me to find satisfactory justification, in the Torah or elsewhere, for torture or indefinite detention. Maybe I’ll never know my true views on the subject unless, heaven forbid, I’m someday in a situation where it appears that only torture of a suspect can spare my life. Nonetheless, I know that human rights violations are a blot on our democracy, and that they provide additional fuel for anti-American terrorism.

What the Aish.com column doesn’t address is whether using torture means lowering ourselves to the level of our adversaries. Moreover, does such a descent undercut the moral justification we feel in saving our own people? If we need torture to maintain our national security, I have to wonder what we could have done earlier in the process, and indeed what we can still do, to avoid stooping that low.

From the Catholic position, it’s a bit of a split influence. On one hand, we believe and acknowledge that it’s the right of the state to imprison anyone who poses a threat to others. It’s part of the principle of justice — that for certain actions, a person faces certain consequences. On the other hand, there’s the potential issue of maltreatment or of improper detainment. If, going off of the principle I just mentioned, someone is being detained for something they didn’t do, or were dishonestly implicated in doing, then obviously the just action would be to set that person free.

Elizabeth Backstrom: How can we allow this to continue?

The group of people there has fallen into an unfortunate category of folks, to put it mildly, deemed too dangerous to be set free, but not dangerous enough, apparently, to do anything else with them, like serve actual charges. By putting them there and treating them this way, we’ve created an even worse set of enemies.

They are entirely outside our legal system. Ethically, how can we allow this to continue? I can answer that. It’s because it’s happening to someone who is ‘other,’ someone we don’t know and never will. Any human being, according to the Geneva Convention, which we helped orchestrate, deserves better treatment.What it about our mindset that allows us to think of them as less than people? We have forgotten them. It’s like an ethics vacuum. Even the worst criminals in our system have more options.