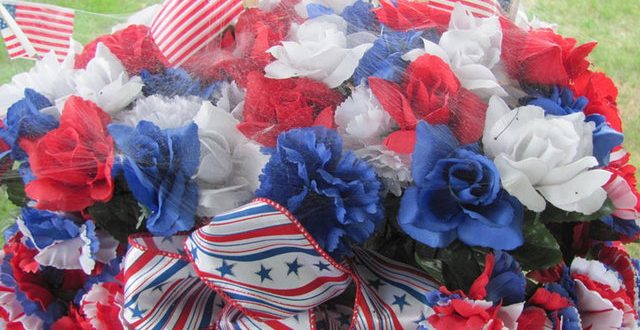 Originally known as Decoration Day, which was a time for the nation to decorate the graves of the Union war dead with flowers, Memorial Day has come to be a time to remember those who have died serving the country.  ABC News reports that over that past 241 years, at least 1.2 million people have died fighting for America.

But for many, the three-day weekend has simply come to mark the beginning of summer. So we asked our writers:

Has Memorial Day lost its meaning?

Neal Schindler: A Chance to Reflect on War

I was raised by a pacifist father and a mother whose own mother survived the Holocaust. My mother became a Holocaust studies professor, and studying genocide naturally cultivates a strong interest in peace and justice. I married a pacifist with Quaker roots who majored in peace studies at Whitworth. So Memorial Day may have a different meaning for me than it does for many Americans.

Both days, in my opinion, give our country a chance to reflect on war. We can think about why we go to war in general, why we’ve embarked upon specific wars throughout our history, and what the costs and gains of those wars have been. We can engage in introspection to better understand our own thoughts and feelings about war. And we can think about how we respond to the deep-seated relationship in American society between war and patriotism.

War birthed our country, goes the common narrative, so without war we would not have the freedoms we enjoy today. Does that mean war is a necessary evil? Was World War II really a just war? What is just war theory, anyway?

We can also think about how we respond when we learn that someone is a veteran. Do we thank them for their service? Do we refrain from doing so but listen with compassion to whatever they choose to tell us about their experience? Do we find a way to support them no matter how they view their military service?

These are all important questions. To me, even a pacifist, or a pacifist-in-training, can use Memorial Day and Veterans Day as opportunities for introspection regarding these and other vital issues.

Nicholas Damascus: Pray for the Departed

Not if you pray for the souls of the departed and keep them in your hearts. To give one’s life for another, there is no greater love than this.

As far as the meaning of Memorial Day, it’s not so much that we can be free, but to show us what real love for one another is. And so they go to lay down their lives for us and for one another.

Hyphen Parent: It’s not a celebration

As a former military wife, I’ve heard from quite a few military members who are bothered when they’re thanked on Memorial Day. They appreciate the sentiment, but this is the day for remembering those who have fallen.

Businesses have completely lost sight of the day’s purpose as they send e-mails about sales and implore you to have a “Happy Memorial Day.” It’s not a celebration. It’s a day of remembering.

That being said, there is a meme being shared on social media that insists the day is not about barbecues. I agree with the sentiment that the day is about remembering, but I don’t think having a barbecue is necessarily losing sight of the day.

There was a time I did, then the Sept. 11 attacks happened. On the first anniversary of the attacks, my husband, infant twins, and I were at a barbecue with his fellow airmen. I commented to one of them that it felt wrong. He said something that changed my opinion. He told me there was nowhere he’d rather be. He was alive, surrounded by friends, and he was living life. Deployments were looming for everyone there that day. They hadn’t forgotten those who died. Those deaths reminded everyone there that life was too precious and short to let pass by. And so, I no longer fault those who get together with family and friends. Doing so doesn’t always mean the day has lost its meaning. If, while we grill or visit with family, we remember those who served and died in the hopes that their friends and families may one day know security and freedom, then we are upholding the meaning behind the day.

Previous Ask A Jew: Is God Masculine or Feminine?
Next All together now — You can’t change human nature!