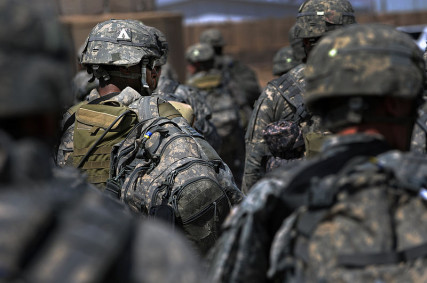 VIEWPOINTS: How should faith communities respond to veterans suffering from moral injury?

In January, the Department of Veterans Affairs released the newest numbers on veterans suicides, revealing the rate of young male veterans ages 18-29 killing themselves increased 44 percent between 2009 and 2011. The rate increased 11 percent during the same time period for female veterans.

As more of America’s conflicts end overseas and more soldiers come home, religious schools and seminaries are talking about the term ‘moral injury’ and ‘soul repair.’

Brite Divinity School in Fort Worth, Texas, founded its Soul Repair Center in 2012 to help train church leaders how to help veterans who’ve had to make a moral decision – to kill or not to kill – under extreme circumstances such as warfare, and suffered a deep psychic wound or moral injury.

How should faith communities respond to veterans suffering from moral injury?

Previous The pope shouldn’t have to defend “slum priests”
Next Veterans, what do you think?