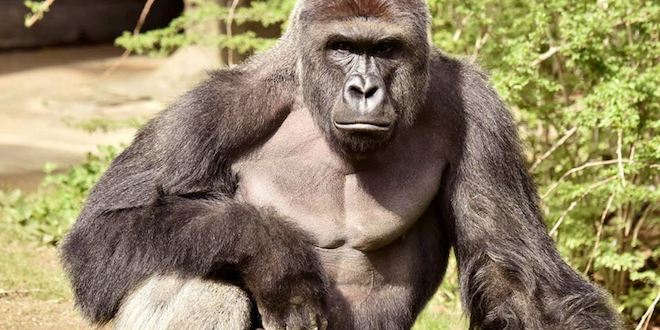 VIEWPOINTS: Does it make you a bad parent if your child misbehaves?

The mother of the 3-year old boy who fell into the gorilla exhibit at the Cincinnati Zoo last month will not face any charges, though some have accused her of bad parenting for allowing her child to get away from her.

“She had three other kids with her and turned her back. … And if anyone doesn’t believe a 3-year-old can scamper off very quickly, they’ve never had kids,” said Hamilton County Prosecutor Joseph Deters, according to CNN.
Harambe, a 450 pound gorilla, was shot and killed after dragging the child through the exhibit.
The incident prompts the question: Does it make you a bad parent if your child misbehaves?
John Hancock: Misbehavior is natural

Misbehavior is a normal condition of life, for humans and animals of all ages.  It’s the way of personal testing of what works and what doesn’t.  Sometimes regrettable, but not always.

A parent who frets overtime to prevent misbehavior, lest if reflect poorly on the family, sets the stage for enormous and continual suffering by all parties.
Creative misbehavior is the source of imagination, invention, and advancement.  All progress, of any sort, requires boundary-pushing.
Effective parenthood concerns the response to misbehavior, not the prevention.  What was learned in the first occurrence?  Which previous abstractions have now become real? How should the rules and expectations be applied?
Which tree limb can be jumped off without injury?  What does a twisted ankle feel like (to the kid, not the mom)?
Why not talk on the phone while you drive (both the kid and the mom)?
Why not kiss all the girls?
I think a person whose habits and practices are the result of testing, not just rules and regulations, is far more durable, useful, and fun to be with. Babies do this by nature.  I say preserve that childhood creativity and passion, within an attentive parental model of curiosity, encouragement, safety, and personal example.
Neal Schindler: Misbehavior happens

I’m about to become a parent, but like everyone, I was once a child. So it’s that experience I must draw on to answer this question. If your child misbehaves, are you a bad parent? Short answer: Of course not.

Bad parenting isn’t one, two, or several slip-ups. It’s a pattern of destructive behavior plus a repeated refusal to learn or grow in order to make better choices for yourself and your child. Being a “bad parent” doesn’t mean you’re a hellbound monster. In extreme cases, though, it may mean losing custody of your child(ren). Which is a whole other tragic, complicated ball of wax. I’ve worked with many CPS-involved families, and those cases are rarely as simple as “child misbehaves, ergo parent is bad.”

If you’re keeping your child safe (not from cuts and bruises but from more serious emotional and physical harm) and you’re not engaging in abuse, however one wants to define it, then you’re an adequate parent. As the mini culture war of parent-shaming and the backlash against it have revealed, there may be a few hard rules about parenting (don’t punish your 7-year-old by leaving him in the woods where there are bears, for example), but the rest is an endless sea of gray and subjectivity.

Some parents have responded to Gorillagate by saying that most 3-year-olds are so naturally curious that they may behave as though they have a death wish. They push boundaries, literal and figurative; a climbed wall is the least of the trouble they could get themselves into, unless that wall happens to enclose a gorilla habitat. These parents have added that looking away for even a few seconds may mean finding your 3-year-old in a risky situation from which you then have to rescue him or her. The point is, things like this happen to parents of 3-year-olds all the time. They just don’t always happen in a zoo, near the enclosure of a large and powerful animal.

If a child misbehaves, it means the child is alive. Children and adults alike misbehave sometimes. Whatever our age, we need consequences, even if as adults we’re the ones who have to mete them out to ourselves. We need healthy behavior to be reinforced and unhealthy behavior to be discouraged. Punishment shouldn’t take the form, as it has in the case of Gorillagate, of worldwide scorn heaped on by people who weren’t there and don’t know you.

I’m not even a parent yet, but I get the sense that it’s the most challenging thing I’ll ever do. I misbehaved as a child. I can blame my parents, but what good does that do me? Or them? They were far better than adequate. Into each family’s life, some misbehavior must fall. CPS, the justice system, etc. will deal out suitable consequences to the most egregious offenders, we hope. It’s not our job to judge the rest.