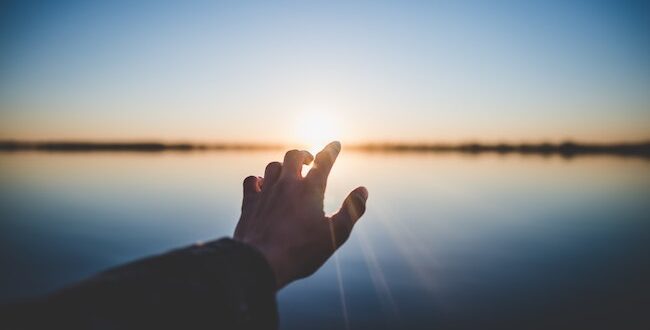 Photo by Marc-Olivier Jodoin on Unsplash

This question originally came in as an Ask A Religious Scientist, but we decided to include more viewpoints in hopes of prompting dialogue with FāVS readers.

Do you believe that God punishes us ,or curses us, if we sin?

“We believe in God, the living Spirit Almighty; one, indestructible, absolute, and self-existent Cause. This One manifests Itself in and through all creation, but is not absorbed by Its creation. The manifest universe is the body of God; it is the logical and necessary outcome of the infinite self-knowingness of God.” Ernest Holmes, excerpt from “What I Believe”

We do not believe in either sin nor evil as an entity. Sin is “off the mark” or mistake which natural consequences seem like punishment (karma, cause and effect). Evil is not an entity but rather an action by an individual and/or group of people, and they in turn pay the natural consequences for their actions (i.e: the actions of Hitler and those following his orders were evil actions, there is no entity that made them do it.)

We believe that we are given free will over the choices of our lives and that our choices have consequences (cause and effect.) What many would call punishment executed from a separate “God” or deity we see as natural consequences to our actions. Often what others may see as a “curse” is our own shame through which we inflict suffering on ourselves.

From the Orthodox Christian perspective, God is everywhere, present and fills all things. According to the Scriptures His mercy and grace forever and always rains on the just and the unjust. Depending on our state, attitude, or response to this ever present rain (love) this love will either deify us or burn us.

What I mean to say is that either this love will enhance our love for one another and God or this same love will torment us, perceived as being punishment when we live a life contrary to love, that being a life of self-centeredness and sin.

There are consequences for our actions, most often are self-inflicted punishment, but we try to blame others or God for what we are experiencing. So if we are created in the image of God (love) and are designed to love and be loved, why do we continue to put diesel in a car that is designed to run on gas and then point the finger at the Designer or Creator because we didn’t follow the directions?

Readers, what do you say? Join the conversation by commenting below, or at the FāVS Members Forum!