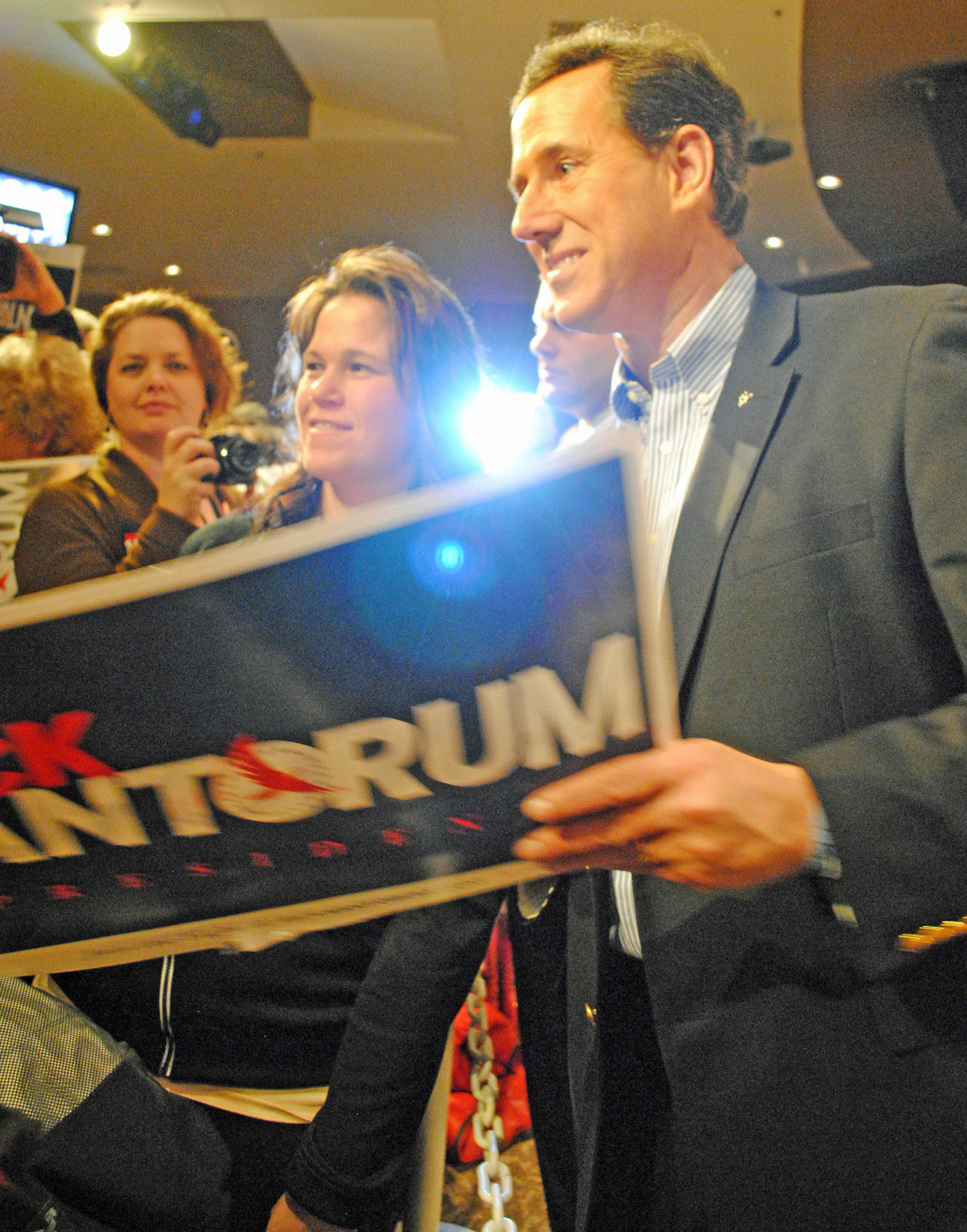 <p> SPOKANE VALLEY — Rick Santorum has a lot of people praying for him. More than 500 supporters filled New Life Assembly Church in Spokane Valley on Thursday to show the Republican candidate that they champion his Christian values.</p> <p> Read article <a href="/politics/election/santorum-rallies-conservative-spokane-voters">here</a>.</p>