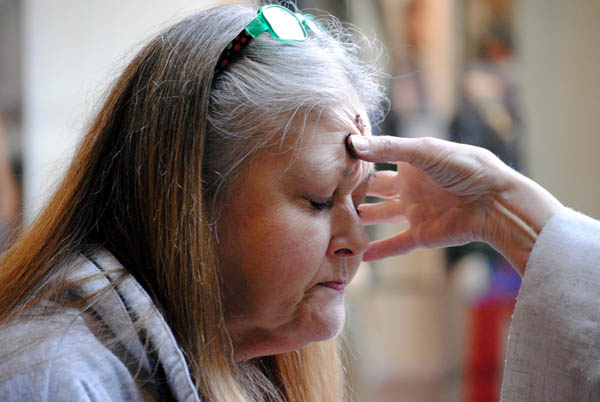 <p> Naomi Calkins-Golter, of Rosalia, didn’t have time to go an Ash Wednesday service this morning.</p> <p> She’s a working mom, and her kids had a half-day of school, so when she saw clergy imposing ashes outside Riverpark Square, she was quick to walk over and ask for a blessing.</p> <p> “I thought it was the coolest thing ever, I got to get ashes,” she said. “Because of the logistics of the kids and work, I couldn’t have done it.”</p> <p> Read full story <a href="http://spokanefavs.com/faith/doctrine-and-practice/offering-ashes-to-go-downtown">here</a>.</p>

Previous What is Lent, anyway?
Next Is God the missing character in ‘Downton Abbey’?