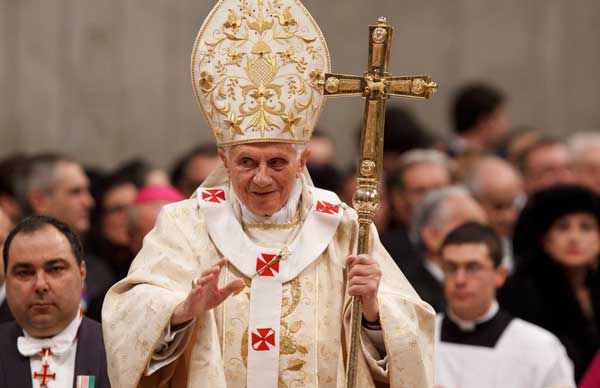 The Vatican on Thursday (Jan. 24) defended the pope’s choice to open a Twitter account even if it exposes him to insults and online abuse.

“Twitter is a secular reality … but we prefer to be present rather than stay away from something just to avoid a risk,” said Archbishop Claudio Maria Celli, head of the Vatican’s department for social communications, during the launch of the annual papal message for World Communications Day.

Pope Benedict XVI opened his Twitter handle @Pontifex on Dec. 3. It has since gathered more than 2.5 million followers in nine languages, including Latin.

But the 85-year old pontiff has found himself on the receiving end of an almost endless stream of messages on the social network – some prayerful, some humorous and some outright offensive.

Many Twitter users aggressively question the pontiff’s record on child sexual abuse, his position on homosexuality or his brief enrollment in a militia unit during his youth in Nazi Germany.

Celli said people at the Vatican were not surprised by these tweets. “When he joined the social network, we knew there would be attacks and irony,” he said.

In an interview with Religion News Service, Celli said Benedict himself was “aware” of the risks and accepted them “calmly.”

“What the pope wants is to be where today’s men and women are,” he said. “After all, even Jesus was derided and offended during his mission.”

According to Celli’s deputy, Archbishop Paul Tighe, the Vatican shouldn’t pay too much attention to online insults. “If you start chasing those who attack you, they have already won, because they have shaped your message,” he said at the launch of the pope’s annual statement on communications.

For the pope, the social media realm is not “a parallel or purely virtual world” but a very real place where millions of people conduct a significant part of their life.

The church, he wrote, must engage people online as well as offline, promoting authenticity and “reasoned debate” and discouraging sensationalism and “divisive voices.”