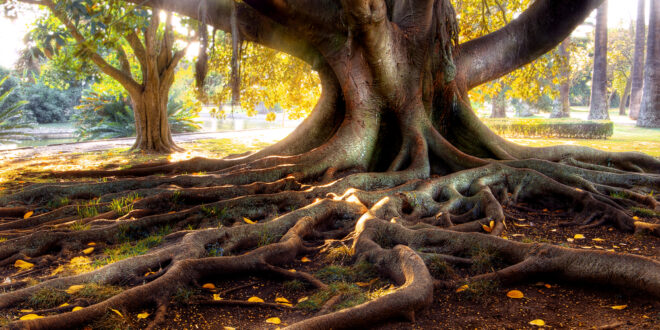 Writing this column for FāVS has been a liberating experience.

As I have said before, I was not able to voice personal opinions as a newspaper journalist and dealt with similar constraints as a college professor.

But these columns are all about personal opinions. And those opinions have their basis in deeply held personal values.

Last week, visiting dear friends in Oregon whose values I mostly share, I found myself wondering from where those values come. Why do I believe what I do? And are my values fixed, developed early and not subject to revision?

I often lectured on values in my media ethics classes at the University of Idaho. Understanding values in conflict is how we resolve ethical dilemmas in both our public and private lives. And ethicists work with values the way sculptors work with stone. They chip away at a problem until they reveal the core values conflict that must be reconciled before the underlying issue can be resolved.

Values are those concepts, standards and principles we have developed as individuals over time.

And for most of us our core values are fixed by late adolescence.

Personal values can change, of course, as the four major influences wax and wane in our lives. Peer groups have an influence in young adult lives, but we tend to gravitate to friends who share our beliefs. Role models tend to be in our lives for the same reason. And the institutions that shape our values are largely chosen for us, at last initially, by family.

So, it is those family relationships that are most important.

My personal values derive almost entirely from family. If you think about it, that is probably true in your lives as well. When you strip away the noise, family always matters most.

I come from a large, extended family that traces its roots back to Eastern Europe. That makes it difficult to learn much about family members whose history was lost to the Holocaust, or simply lost to time because they died before I could get to know them.

Of my four grandparents, I knew only two: my mother’s father, Sam Sommers, and my father’s mother, Ethel Weiner. But even though I was an adult when they died, the fact is I had never been able to really talk to them about their lives, their history or the history of our families.

My maternal Grandpa Sam would have been open to those conversations, but I was in my early 20s when he died and so had not really developed an interest in such musty subjects. My paternal grandmother, Grandma Weiner, would not have been open. She kept much of her personal history to herself, not even sharing some significant details with my father.

So, I never talked about politics or social issues with either grandparent. My knowledge of such things is second hand, gleaned through the years from my parents.

One inescapable fact — both sides of the family lived through the Depression. And their lives were difficult, at least financially. As working-class survivors of the nation’s worst economic crisis, and then survivors of the great war, they all but worshipped Franklin Roosevelt. I do not know how family members felt before the Depression, but afterward both sides became life-long Democrats.

It was an uneasy mix. But my family was solidly in the Northern camp.

One of my earliest memories involves the family watching the 1956 political conventions on TV. The Democratic nominee, Adlai Stevenson, was running against Dwight Eisenhower for the second time. Stevenson was what some would now call a wealthy Ivy League elite.

But my grandparents and parents liked him, appreciated his liberality. They saw him carrying forward FDR’s legacy.

As devoted adherents to the Democratic party’s Northern wing, my parents supported the civil rights movement.

I vividly remember watching film of the Birmingham and Little Rock police riots on television, the police using attack dogs and fire hoses to disperse peaceful Black protesters. My mother wept as she watched.

And she lived long enough to see the Black Lives Matter movement take shape. She was an unqualified supporter.

By late adolescence my values were mostly fixed. Opinions can change and I have changed mine as issues evolve. But values remain relatively stable for most of us and mine have been stable for much of my life. I suspect the same is true for most of you but for the occasional radical religious conversion.

Readers here will know I am an unapologetic progressive. And I know there are many on this site who are unapologetic conservatives. In the good old days, say 20 years ago, the wide variety of personal values at play in our system contributed to the vibrancy of our democracy.

When ethical or moral dilemmas developed, we were able to reconcile conflicting values to resolve the issue even if only for a short time. Sometimes resolution came through elections, sometimes mere political bargaining. And the natures of the resolution could change as the values balance of power shifted. See abortion, gun control and the death penalty.

Those days are past. As our society has divided into two implacable camps, resolution of difficult issues has become a zero-sum game. My values beat your values, I win, you lose.

I know I am part of that unhealthy dynamic. I have let values, particularly political and religious values, become central to my life. And that is surely true for many of you.

Can we fix it? That is the central issue of our time in this country and there is little optimism. I have no answer.

It is a zero-sum game and my values beat yours.