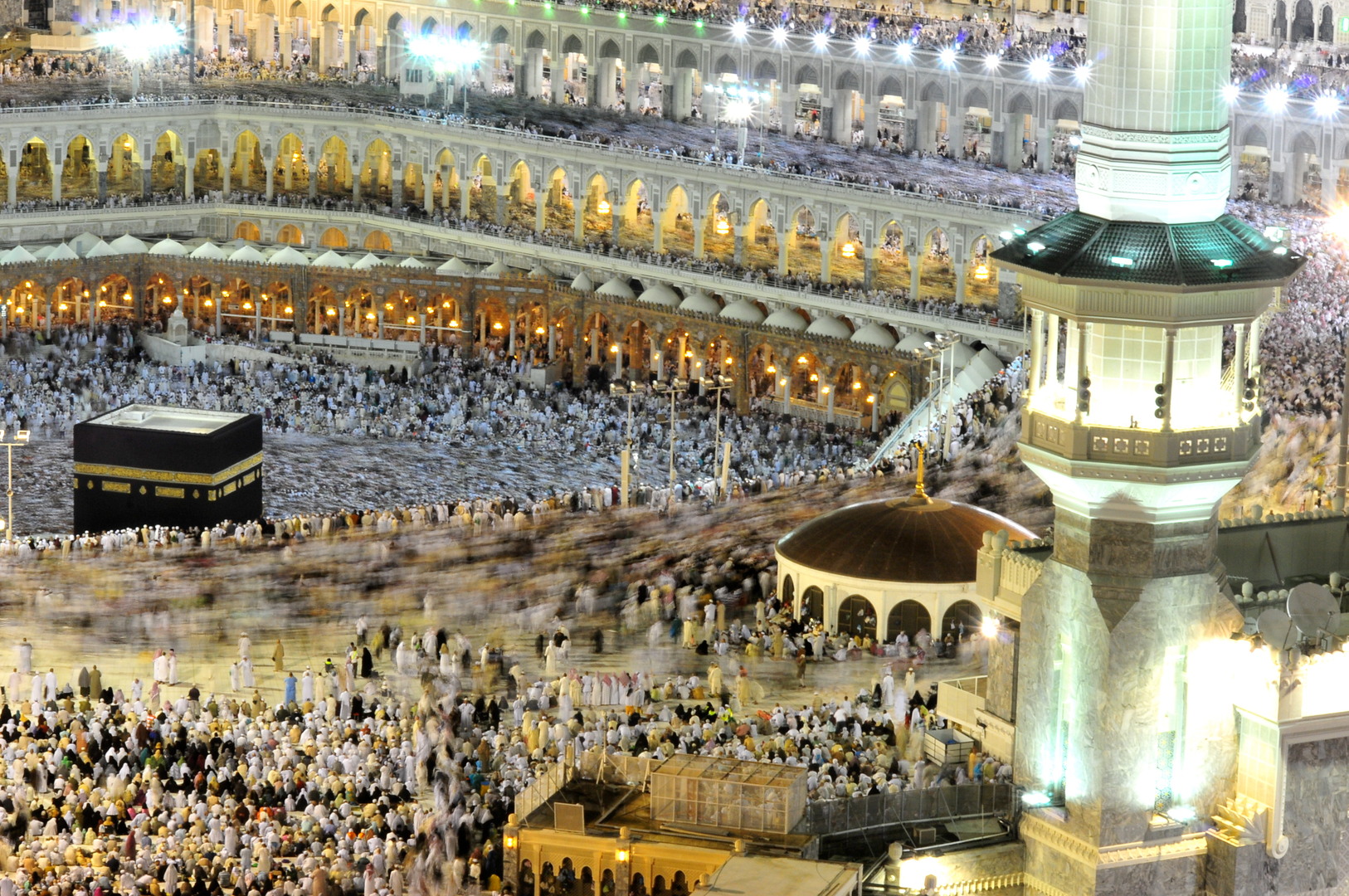 US Muslims ask John Kerry for protection on Mecca pilgrimage

(RNS) Concerned for the safety of U.S. citizens soon headed to Mecca, 27 Muslim-American groups are asking the State Department to better protect them from violence that has plagued those who have made the pilgrimage in the past.

A letter from the group sent Tuesday (Aug. 26) to Secretary of State John Kerry was prompted in part by a 2013 incident in which a group of Sunni Muslims from Australia threatened to kill and rape a group of Shiites from Michigan.

“We urge you to take immediate action to protect American citizens who travel overseas to perform one of the five mandatory acts of their faith and ensure that Saudi Arabia addresses this urgent security matter in preparation for the upcoming Hajj pilgrimage.”

The pilgrimage to Islam’s most sacred place is required of all Muslims who are physically and financially able to make the journey to Mecca. The hajj takes place during the 12th month of the Islamic year and typically attracts 2 million or more faithful annually. This year it falls during the first week of October.

Last year, when the Michigan Muslims were attacked, neither Saudi nor U.S. authorities were responsive to their plight, said Mohamed Sabur of the Oakland-based Muslim Advocates, one of the groups that signed on to the letter.

U.S. Muslims on the hajj “need to know that the State Department has their backs,” Sabur said.

A State Department representative said in an email that the U.S. is committed to the protection of its citizens traveling or living abroad.

“We take seriously all reports of attacks or threats against U.S. citizens, including the reported attack on U.S. citizens during last year’s Hajj.”

The email statement continued: “While the U.S. does not have law enforcement personnel at the Hajj, our Embassy and Consulate General in Saudi Arabia are in close contact with their Saudi government counterparts. We urge all U.S. citizens traveling or residing abroad to register their location and contact information at https://step.state.gov/step.”

For most, the hajj is safe. But the huge gathering holds inherent risks, despite high-tech Saudi crowd control and anti-terrorism efforts, which include thousands of closed-circuit television cameras. The main danger in past years has been from stampedes: Between 1990 and 2004, more than 2,000 people were trampled to death on the hajj.

After last year’s attack, the Americans reported that Saudi authorities at first seemed ready to help, but then destroyed a video of the incident and otherwise made it clear that they would not follow up on the matter.

The Americans identified their attackers as Salafis — Sunnis who embrace a strict form of Islam that is widely practiced in Saudi Arabia.

The Americans also reported that the response from the U.S. Embassy in Saudi Arabia was slow and disappointing.

“When they relied on the U.S. State Department, they didn’t come through, either,” said Sabur.

It’s “a central responsibility of the U.S. government to defend the rights of its citizens abroad, especially their right to religious freedom,” he said.

Previous Start simple, fight poverty
Next What’s it worth?