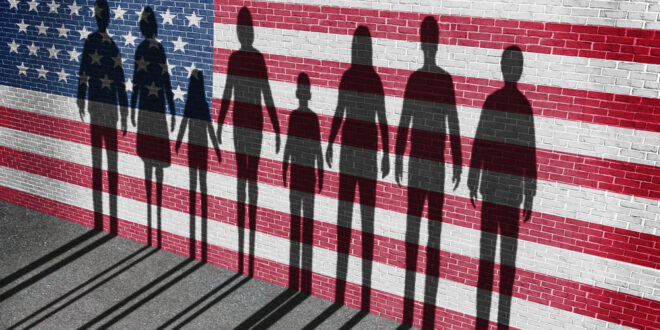 It is an outrageous political stunt.

Florida Governor Ron DeSantis chartering planes to fly immigrants who had just crossed the U.S. border from Texas to Martha’s Vineyard and other locations described as “sanctuary states.”

At best, this is a crass political stunt. At worst, it is human trafficking because he is moving people from one place to another without their ability to decline the offer. It is, in short, an exercise in power by DeSantis, who is rumored to be considering a presidential campaign.

In response, authorities in Massachusetts along with several human rights groups are seeking human trafficking charges against DeSantis, and members of the Florida legislature have filed suit to stop the flights.

Texas Governor Gregg Abbott and Arizona Governor Doug Ducey are complicit with DeSantis in this scheme designed to draw attention to the thousands of people seeking to enter the U.S.

Although DeSantis denies he duped immigrants into taking the flights, sources familiar with the situation say the immigrants were not given a choice or they were enticed with the offer of food.

What is ignored in all this is the reason so many immigrants are now trying to cross the border: For years they were made to wait in place in Mexico by the former administration. The pent-up frustration is palpable among the people who have been waiting for a chance at a better life.

Yes, people are upset with the overwhelming number of potential immigrants trying to enter the U.S., but this kind of stunt is not what is needed.

What amazes me the most is people like DeSantis, Abbott, Ducey and those who are applauding and laughing at this move, claim to be Christian, yet the actions are anything but Christ-like.

Maybe this is why so many people are now turning away from Christianity because in this country it is becoming a cruel justification for whatever the “believer” wants to see happen. Many see this type of action as just mean spirited.

As a Native American, I must wonder what these same people would feel if it was someone in their immediate family who was treated this way. In my family, there are plenty of stories of how the U.S. military came into our homes and forced us to move to a strange place through the Trail of Tears. We were torn from our homes, our jobs, our sacred places, so other people could have our land.

What if these immigrants were their family members? How would DeSantis, Abbott, Ducey and others feel if they or their loved ones were told they had to get on a plane or a bus and go somewhere they did not know, was completely foreign to them and they were given no resources?

Immigration groups and human rights groups are scrambling to help the immigrants so rudely transferred, and they are to be commended. They are now overwhelmed but continuing to do the right thing. I’m willing to bet few of these workers classify themselves as fundamentalist Christians like the three governors, but they are sure doing the work Christ told people to do.

[…] a column or two every month on various civil rights topics, from her mother’s dementia to the “outrageous” political stunts state governors are pulling on […]