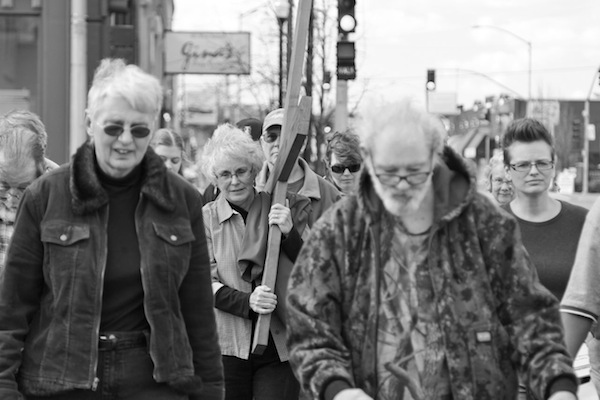 Urban Stations of the Cross

On Good Friday a group of Christians gathered in downtown Spokane to participate in Urban Stations of the Cross.