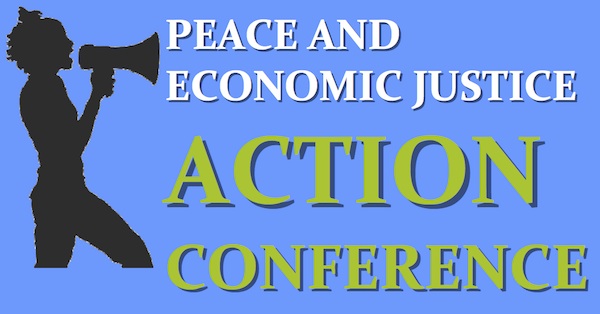 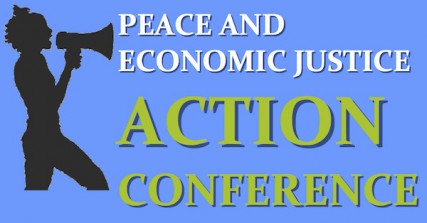 Organized by the Peace and Justice Action League of Spokane,  or PJALS, the conference aims to educate people on local and national issues, get them excited about positive change and help provide ways for to put their interests and passions into action.

“We want folks to come and get energized, network, and find ways to get active for change,” said Shar Lichty, an organizer for PJALS who has been an active part of the conference since it started in 2009.

The conference kicks off with an opening reception from 6-8:30 p.m. on March 15. The reception is free of charge and will include  food, drinks and performances by local musical and spoken word artists.

The bulk of PEJAC takes place on March 16 from 8 a.m.-5 p.m.  Tickets are $40 for the general public, $30 for members of PJALS and co-sponsoring groups, and $15 for those living lightly (self-identified low-income, students or seniors).  There are also volunteer slots available with the option to work parts of the event in exchange for free admittance to parts of the conference.

Along with breakfast, lunch, and time to confer and network with other attendees and speakers, the day will feature a total of 23 Education for Action workshops. Guests can choose three to attend. The workshops cover a variety of topics related to peace and economic justice both within Spokane and the nation.

The workshop titled, “Calling a Circle: Exploring Restorative Justice Circles,” focuses on building communities that advocate healing and moving forward for people who have been in jail or other corrective institutions.

Lichty is also excited about a workshop that focuses on Spokane’s youth and the impact that they can have within their community. The workshop titled “Empowering Our City’s Youth” is led by Audrey Connor, a youth working with Community-Minded Enterprises.

“Youth are not apathetic; if you ask them how they want to get involved, they will [tell you],” said Lichty. “The workshop teaches them skills and gives them tools so they can do it.”

The keynote speaker for the conference is Allison Cook, director of community engagement with The Story of Stuff Project. Cook will be speaking about the projects’ latest online video, “The Story of Change: Why Citizens (Not Shoppers) Hold the Key to a Better World.” Focusing the ability to make change on active citizens rather than on the consumerist dollar, the project advocates political action on local, federal and national levels.

“The ingredients needed [to make a difference] are ideas, action and people,” said Lichty. “In the end, it’s the people who ultimately create change — the conference equips people with tools to do so.”

Spokane Faith & Values Editor Tracy Simmons will be leading a workshop during the conference called, “Marketing Your Organization in the Digital Age.”

Charlene O'Connor is a senior at Whitworth University. She is getting her bachelor's degree in communications with minors in sociology and theology.