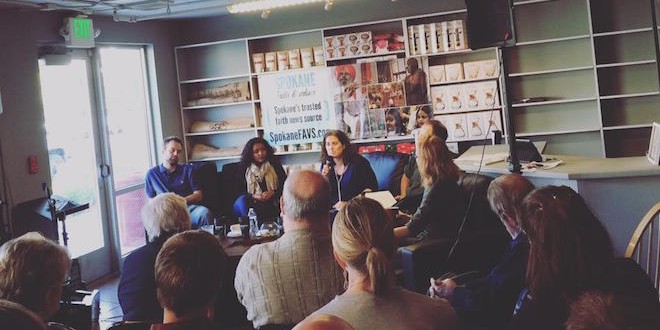 Thanks everyone who came out to today’s Coffee Talk! About 75 people attended. It was FāVS’ biggest Coffee Talk yet! About $145 was raised for the website.

More than 200,000 people have been killed in the Syrian Civil War and and millions have been forced to flee the country.

SpokaneFaVS will have a Coffee Talk discussion about the issue at 10 a.m., today at Indaba Coffee, 1425 W Broadway.

Coffee Talk is a monthly community forum featuring FāVS writers. The discussion typically centers around the faith and moral response to a current event.

All are invited to participate in Coffee Talk discussions.

The conversation will continue on Oct. 8 with an informal Pub Talk discussion at 6:30 p.m. at The Steam Plant.
[wp_paypal_payment]

Previous The Roots of the Refugee Problem
Next Mass Shootings: An American Ritual