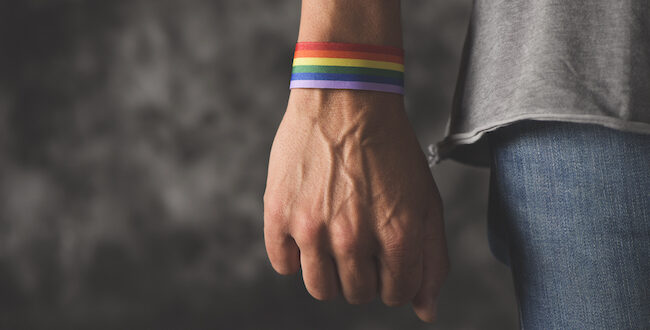 At a recent SpokaneFāVS event, a conversation arose around the rising prevalence of the word “queer.” Why are many young people using this word to describe their sexuality rather than “gay” when it used to mean “weird”? Why identify as “queer” when this word is an insult? This is an excellent question. So, let’s unpack the Q in LGBTQ+.

The English language is alive and changes all the time. As English language historian Anne Curzan explains, words do not have intrinsic meaning granted to them by an anonymous power, and dictionaries are not steadfast sacred texts. Rather, “If you ask dictionary editors, what they’ll tell you is they’re just trying to keep up with us as we change the language.” Many English words have shifted in their usage over time as English speakers have spoken them in new and creative ways. One example is the word “nice.” Originally meaning “ignorant,” “nice” has since taken on many meanings, including “silly,” “wanton,” “cowardly,” and “meticulous,” and eventually its most familiar meaning today, “agreeable and pleasant.” As the speakers of the language, we have power. Words have no meaning on their own, but it is the ways that we collectively use words that gives them any meaning.

So, the word “queer” can shift in its meaning if enough language users decide to use it in new and creative ways. Still, why would those of us claiming queer identities want to use a word that has long been used as an insult to describe ourselves?

As with “nice,” “queer” has had a long history of usage. First appearing around the early 1500s, “queer” was used to mean “differing in some way from what is usual or normal,” that is, “weird.” This has largely been the most accepted usage of this word, from describing counterfeit money and shady morals to the feeling of being physically ill or drunk. But eventually, around 1914 it took on meanings of homosexuality. At this time, it was considered “derogatory from the outside, not from within.” Even as this definition of the word was emerging, those who identified as not-heterosexual were claiming the term for themselves.

In the face of the AIDS epidemic in the 1980s and 1990s, the word was claimed more intentionally by the LGBT community. The gay-rights group Queer Nation used the term because in “co-opting” it, they “disarmed homophobes.” By welcoming and embracing the term for themselves, it removed its power as a slur.

I use the word “queer” to describe myself. I cannot speak for everyone who identifies this way, but other labels like “gay” feel too specific to comfortably describe myself. But, in a world where heterosexual, monogamous relationships are the norm and expected, “queer” captures any sexual or gender identity falling outside of these heteronormative assumptions. For me, that is helpful, and the term fits me well.

While my sexual and gender identities may indeed be considered “weird” by the wider public, I’m OK with that. Dressing in a more masculine style despite gendered expectations makes me feel confident. My girlfriend is amazing and I’m happy to be with her. I’m proud of who God created me to be. If society deems that “queer,” so be it. I will take that label for myself and wear it with pride because I don’t want to be “normal” if that means dressing in a way that makes me feel uncomfortable, behaving in ways contrary to my nature, and leaving a healthy relationship. If that’s what it means to be “normal” in our world, then I am proud to be queer.

Please note: This does not mean that anyone can use the word “queer” this way. In fact, it “is not universally accepted within the LGBT community” and, especially when used by those outside of the community, can still be hurtful.

Previous Thanksgiving has always been about grief. Pass the mashed potatoes.
Next Support SpokaneFāVS Through This #GivingTuesday Online Auction & Fundraiser