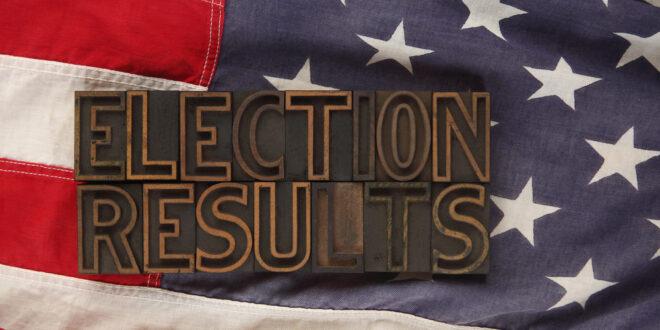 And while the midterm election results seem to show a majority of Americans are tired of his madness and the extremism he both articulates and attracts, the fact is former President Donald Trump could well win the 2024 presidential election.

The former president will announce his candidacy tonight at what promises to be a wildly enthusiastic rally of the kind he has been holding for years. The contrast between this announcement and his 2016 announcement could not be more dramatic. That first time, as we all remember, he came down an escalator at Trump Tower, stood before the microphones, and disparaged all who might oppose him, particularly singling out immigrants and “Mexican rapists.”

Few thought he stood a chance of winning. Too many dismissed him out of the gate. How silly that all looks now.

Back in the day, conventional political wisdom said voters would choose to support candidates on the basis of policies and character.

Trump proved that thinking outdated. His policy positions were muddled, based more on emotion than fact, more often based on outright lies. Demanding that Hillary Clinton be jailed was not at all about policy, it was about demonizing and dehumanizing the opposition.

And as for character – voters knew all about Trump’s vile character before the election and tens of millions, including the deeply religious, voted for him anyway.

What followed was four years of political insanity and disruption culminating in the Jan. 6 insurrection where a sitting president became the architect of an attempted coup.

Will a sufficient number of voters in the right swing states be willing to return us to that madness. Yes, probably. And the road back opens tonight.

The midterm elections offer some hope, though political observers whose predictions of a “red wave” were wrong – and that includes me – will take some weeks to fully deconstruct the vote.

If elections are not decided by policy positions or character, what remains are voters’ personal values.

And moderate Democrats and moderate Republicans seem to share important values that played out in some surprising ways last week.

Reported The Times, “In contests up and down the ballot, Republicans betting on a red wave instead received a sweeping rebuke from Americans who, for all the qualms polls show they have about Democratic governance, made clear they believe that the G.O.P. has become unacceptably extreme.

“On a smaller scale, a similar dynamic could be discerned on the left: After Democratic primary voters chose more progressive nominees over moderates in a handful of House races including in Oregon, Texas and California, those left-leaning candidates were defeated or are at risk of losing seats that could have helped preserve a narrow Democratic majority.”

Most critically, and somewhat under the radar nationally, voters rejected Republican election deniers in several secretary of state races in critical swing states. The unified slate of Republican candidates had vowed to change state election rules in their states to ensure a second Trump presidency in 2024.

The midterm results are not final. Democrats will keep control of the Senate, perhaps decisively if the party wins a Senate runoff in Georgia next month. It seems likely Republicans will take control of the House, but with a majority that will be historically low. It may be days before we know for certain who controls the House.

But it is clear the election was a disaster for Republicans and particularly for Trump Republicans. In its wake, some party leaders are considering once again ways to distance the party from the former president. Several high-profile Republicans are openly exploring their own presidential candidacies.

But there is a reality here. Trump retains the loyalty of most Republicans, and his base – 40 percent of Republican voters – is rock solid. Candidates who want to challenge him will have to out Trump the former president, moving the party to even greater extremes.

Looking at the midterm results, Democrats are delighted. If voters truly are moving to values rooted in moderation, a Trump candidacy, or an extreme alternative, may be the best thing to ensure a Democratic winner.

Still, it would be a mistake to underestimate the former president. We all know how that played out in 2016.

Joe Biden will be 80 in two weeks, will be nearly 82 on election day 2024, and 83 if he takes the oath of office. Trump is 76 now, will be 78 on election day and on inauguration day 2025. The mathematical distance is not that great. But Trump seems inexhaustible – evil generates its own energy. Biden will be far and away the oldest presidential candidate ever and he tends to show his age. Furthermore, he is unpopular, as unpopular now as Trump was in his last two years in the White House.

If he really wants to ensure a Democrat replaces him in the White House, Biden must step aside. And Vice President Harris, also wildly unpopular, must do the same. Doing so would require an act of enormous political courage on the part of both. And such acts are uncommon these days.

All of this constitutes far-too-early speculation. A great deal can happen between now and the 2024 election. And we really do not know yet the final outcome of last week’s midterms.

Still, wouldn’t it be refreshing to see a values-based campaign in 2024 waged by two candidates willing to articulate different positions on the issues, but rooted in deeply held personal values that begin with honesty and respect.

Previous Thankfulness enhances my life
Next Are We Entering a ‘Post-denominational’ Era?