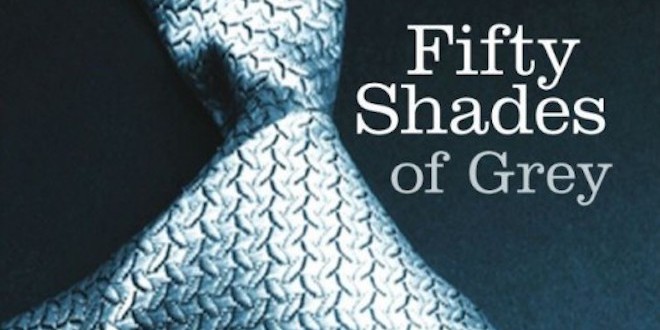 This article was originally published Feb. 25, 2015

Good friends celebrate birthdays — especially as the years continue accumulating. As we age, women have the opportunity to become more settled in their skin and accepting of themselves. It is a wonderfully comfortable, yet liberating and empowering time. I am fortunate to have a group of women who over the past 10 years have become my core-clique. We gather to chat, laugh, discuss and process our lives and the never-ending series of issues that life brings. That’s what women do. That is how we evolve.

This past week my group of gals descended on River Park Square’s AMC Theater to honor one of our own by attending the 7:10 p.m. showing of “50 Shades of Grey” at the request of the birthday girl. Some of us had read the book(s), others had not. I was in the vocal minority in my vehement distaste and aversion to watching the film, but set my personal issues aside because after all it was my friend’s birthday.  I hoped that my preconceived notions of the movie would abate and I would find some entertainment value as the story unfolded. Unfortunately that didn’t occur. As scene after scene of extreme eccentricities displayed on the screen, my repulsion actually intensified. Interestingly enough though, I felt compelled to “unpack” my amplified feelings of disgust so that I could further analyze exactly why I was unable to “go with the flow” and just enjoy the movie. Let me first state that I am not “a prude,” recalling my mother’s terminology. But I do have an acute sense of how damaging misplaced preoccupation in unhealthy fantasy can be.

Why as women do so many of us still feel the need to love and rescue these “bad boys” from their hidden demons? Do we feel this innate compulsion to acquiesce our personal power so that we can resolve our own issues or need to rescue and heal another human? Why do we persist on believing that if we simply love them enough, then magically their demons will abate? I believe in love’s power to conquer and heal, but come on…is that what this movie is really about? There is a reason the medical field is teaming with qualified mental therapists and I truly think Christian could have traded in his Audi R8 for several quality sessions of retooling his messed up psyche. But why do that when he can just negotiate a contract for a new submissive?

What is it about approaching the age of 50 that makes many women feel the need to rekindle unresolved adolescent fantasies? It disturbs me to know that educated women are consciously or unconsciously drawn to a repetitive control and rescue theme, flocking by the millions to pay $10 to be mentally and/or physically aroused by a man whipping a young girl in his “play room.”  Is this really what feminism in the 60’s fought for?  Why can’t we seem to evolve out of the need for a fantasy life and replace it with an engaged and authentic life? Real life can be and often is difficult, which is why I appreciate a good, healthy fantasy story. I loved the movie “Frozen” and belt out “Let It Go” regularly while driving down the highway. Fantasy life isn’t necessarily the problem. Unhealthy fantasies however can be very damaging personally and collectively and can act like kerosene, enflaming embers with no recourse for realistic resolution.

While I am sure that society has bred other controlling monsters similar to Grey, why do women persist in escaping into this ill-fated fantasy through destructive images of control and rescue? Perpetuating the idealized thought that we can save the man we love and free him from his dark side has a boomerang effect and in turn disempowers us when we fail. At the end of the film, I appreciated the fact that the story’s heroine exhibits enough hutzpah to walk out. After being whipped she finally reaches her breaking point, which is one redeeming point in the story. But doesn’t she return in Book two? Understanding and unpacking the themes in “50 Shades of Grey” is critical, especially so that as women, we can refrain from glorifying the story. While I understand the movie’s themes, the scenes still left me sick to my stomach. Perhaps I just don’t like giving up my personal power and being controlled? Or perhaps I don’t feel the need to rescue the monster. He can rescue himself. I have the phone number for a very good therapist he can pay because it won’t be on my dime or psyche. I have learned to “let it go” and take care of myself.

Previous Obama at last prayer breakfast: ‘We heal hatred with love’
Next Trump backs off call to punish women for abortions if they’re banned