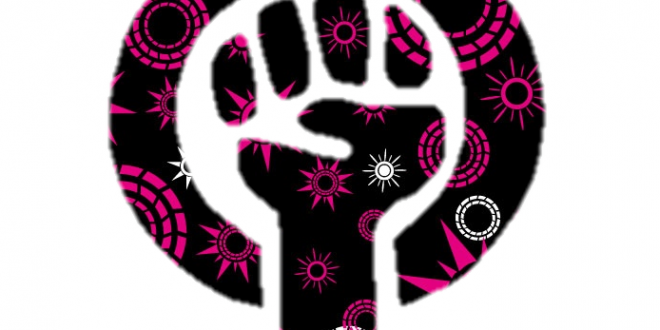 Unlikely Feminist: A Male Perspective on Women in the Church

There is absolutely nothing in my childhood or past that would serve as an indication for my personal journey into the realm of feminism. Growing up in Mississippi: being set aside by family to be a priest; choosing to become a Southern Baptist; living in a typically patriarchal family with an alcoholic father and working mother; and moving through the educational process during the darkest days of segregation – these are not the hallmarks that create most male feminists.  Yet, here I am proudly wearing that label and fully emerged in the fight for women’s rights.  There are times when I stop and ask myself, “How did this happen?”  Actually, that’s always been easy for me to answer.

My early childhood education in parochial schools brought me face to face with the Catholic view of male dominance in the priesthood and leadership of every parish. My admiration and appreciation for the nuns who were a part of my childhood brought a keen awareness that these women worked equally as hard if not harder than the priests, and yet were never considered equal in their calling into ministry.  The resentment I felt on their behalf was part of my rationale for leaving the Catholic Church as a teen-ager and becoming a Protestant.  And by Protestant, keep in mind that my childhood and youth were spent in the Bible Belt state of Mississippi where choosing a congregation meant simply, which Southern Baptist Church will you join?

This new direction in my faith journey opened my eyes to the imbalance of the work of the church, particularly the local congregation where I belonged.  Women had a disproportionate workload in the programs and ministry of my church and my denomination.  The Women’s Missionary Union was a large organization whose members took on the work of both internal and external outreach and development.  Women outnumbered Sunday School and Training Union (Sunday evening teaching sessions) teachers by very wide percentages.  The social life of the congregation was entirely the work of women.  Leadership on committees and working groups was basically fulfilled by women.  It would have been obvious to even an outside observer that women actually ran the church.

Perhaps my view of church life and the women’s role in it might have been colored by the fact that my own mother was the church secretary for some 25 plus years, and during periods between ministers, actually administered the church office.  The men of my church held all the major leadership positions in following with the Baptist belief that women should not hold positions of authority.  So, we had all male deaconate boards, all male financial positions, all male ministers, and all male decision makers.  Graciously, the men of the church permitted women to be musicians (organist or pianist) and occasionally to lead the children’s choir, but no position of ordination or true leadership.

This structure didn’t seem to be of concern to me back in the 1960’s.  It seemed like the norm and I never thought of its inequity.  When I began my studies in seminary, the world changed dramatically for me.  There were women in the divinity school who were seeking ordination as ministers, and I must confess, many were much more outstanding scholars than a lot of their male counterparts.  Conversations began to become quite commonplace with women about their rebellion against anti-feminist Pauline theology, and I was forced to examine Scripture that I had given no thought to before.  I became an advocate for these strong-willed and brilliant women as we sought to change the mindset of the Southern Baptist Church.  Unfortunately, even in this twenty-first century, that denomination still refuses to grant women equality or ordination.

If there were one single pivoting point for me, it more than likely was the first time I ever heard a woman preach and pray from a pulpit.  That sounds so insignificant now, but for me, it was an epiphany and began my passion for working for women’s rights.  It was an awakening to realize that women could do anything a man could do in ministry, and often do it better.  This was my new world and my commitment to a cause I have been a part of for many years since.  I had been made aware of misogyny and I had chosen to work to end it, or at least try to make the world a more equitable place for everyone.

There is a massive reward for me as I work with many different denominations and denominational leaders partly because I am privileged to work with some of the earth’s most remarkable women.  They are among the most innovative and creative individuals engaged in ministry today, and they inspire me to work harder at my own task.  Perhaps it’s a jovial way to keep me grounded, but I have an incredibly gifted female minister friend who enjoys singing to me at every occasion.  The words to the old song she sings go like this, “Anything you can do, I can do better.  I can do anything better than you.”  “No, you can’t.”  “Yes I can.”  The truth might be that she can – and does many things much better than I.

The role of women in the church is one of evolution and change.  It should give all of us reason to celebrate when women are recognized as leaders in local congregations and denominations.  When Katherine Jefferts Schori was elected presiding bishop of the Episcopal Church, my heart literally sang for joy (even though I am not Episcopalian!).  There was equal joy recently when the Diocese of Spokane elected Gretchen Rehberg as their new bishop.  These are monumental steps toward equality for women and for the recognition of the role of women in the Church.  I am also told that the three finalists for the position of president of the Unitarian Universalist Association are all female.  Certainly, that too is a cause for celebration.

As the Regional Chaplain for Planned Parenthood, my daily exposure is primarily grounded in the world of women’s reproductive health and women’s rights.  With the current Congress and administration, this has been made much more difficult for me to maintain positive momentum.  Not surprisingly, every time I begin to lose heart, the women in my ministerial life are the ones who come to me with support.  From several of the female rabbis I know, to the women clergy I know scattered across the Northwest, their compassion and caring lift my spirits and push me forward.  Their support comes in a phone call, an email, or a text – just to say, “How are you doing?”  Or “Thanks for all you do.”  These gracious words mean the world to me.

So, why am I a feminist?  Because of women like these whom I know.  What is their role in the church?  Simple.  To lead.  And that is something they all do with an incredible amount of strength and determination.  Perhaps one day, all women inside and outside the Church will be recognized as equal partners in the massive work of ministry to a desperate world that stands in need of the love and grace that is often best exemplified by women.  I am comforted in that thought.  You should be, too.